General Motors and Honda Motors are teaming up in a multi-billion-dollar effort to deliver self-driving vehicles to the mass market.

The Japanese automaker is making a $750 million equity investment in GM Cruise, the Detroit company's self-driving unit, and plans to spend another $2 billion over a dozen years jointly developing autonomous cars for "large-scale deployment," the companies said Wednesday in a statement.

The pact "marks a significant milestone in moving self-driving closer to reality," observed Michelle Krebs, an analyst at Cox Automotive. "It also demonstrates that global partnerships like these – Detroit, Silicon Valley and Japan – are necessary to take on these expensive ventures that likely will not return a profit in the near-term."

Shares of GM were up 2.5 percent Wednesday on word of the investment by Honda, which gets a 5.7 percent stake in Cruise and saw its shares fall 3.5 percent at midday.

GM is competing with others in the race to mass produce self-driving vehicles, including Waymo, Alphabet's Google autonomous-car business.

GM bought Cruise about two years ago for $581 million. The investment announced by GM and Honda on Wednesday values the self-driving car unit at $14.6 billion, and it follows a $2.25 billion investment in Cruise by SoftBank Vision Fund at the end of May. 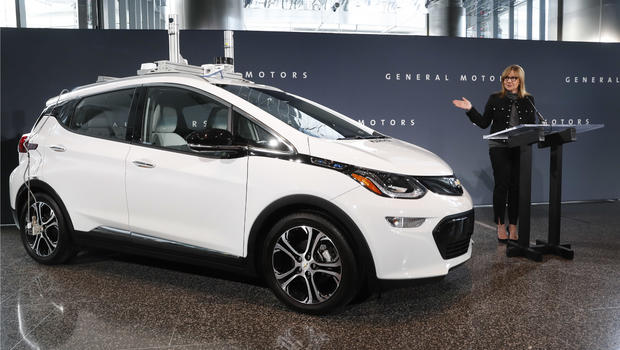 Juul CEO to parents of kids who vape: “I’m sorry”