By Andrea Park CBS News October 3, 2018, 9:33 AM Denzel Washington on his work with the Boys and Girls Club and the power of role models

With eight Oscar nominations under his belt, including two wins, it's fair to say that Denzel Washington is one of Hollywood's most revered actors. But Washington has had a longer career with the Boys and Girls Club — the actor worked as a counselor there and has been a national spokesperson for the nonprofit organization for 25 years.

Washington said the club has a special place in his heart, and provided him with many of his earliest jobs.

"I've been a member since I was 5," he explained. "I worked there as a counselor: a day camp counselor, a sleep-away camp counselor. I've had every job you could have there, and now, for 25 years, I believe, I've been a national spokesperson. It's made me happier because it's something I can talk about from the heart and it's something I mean. I can share the experiences I've had growing up in the club."

Washington said he learned important values at a place that felt like a second home.

"At the time, we thought we were having fun, but you learn to compete, you learn to be a gracious winner or loser, you learn how to get along with your peers and how to follow instructions, but all under the guise of having fun, and it always felt like that, a fun place to be, a safe place to be," said the actor. He joked, "They had to send me home. I just loved being there and I had great experiences."

The Boys and Girls Club was also where Washington met some of his first mentors, including coaches and counselors at the club. He said at the club, one coach taught him that there is a difference between naturally ability and working at a skill. The actor also added that his mentors at the club helped him build self-confidence.

"One counselor told me, 'Denzel, you're smart. You can be anything you want to be,'" he recalled. "And I walked out of that club thinking that day that I could be anything I wanted to be. Just having adults believe in you and support you and tell you you could do it … [It's] not about what they told me, but me watching how they were every day. They were just positive men and women for me to pattern myself after."

The actor has his own advice for youth as well, which he imparted on Haynes last week. He said he tells young people "to not give up on yourself and to continue to strive and work hard and try to find those positive role models like we do, like I had, and Malachi has in the club." 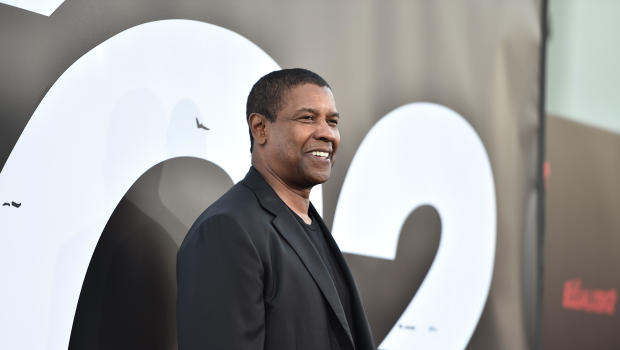