Chelsea Peretti, who plays smart-mouthed administrator Gina Linetti on "Brooklyn Nine-Nine," said she's leaving the show. The show-stealing actress announced Wednesday that she will appear in part of the upcoming season, she will not be on the show for the full season.

Peretti promised on Twitter that her departure "doesn't mean I won't ever be back, winky face emoji, heart emoji. I want to thank you for the hours you spent watching Gina be Gina."

She described her character as "confident, idiotic-but-smart, pithy, and infused with rhythm and cell-phone radiation. It is hard for me to know exactly what to say."

Peretti continued and lifted parts from Emmy Rossum's post about her departure from "Shameless" to express how she felt.

Showrunner Dan Goor also made a statement on Twitter, writing that "from the moment Mike Schur and I decided to create the show, we wanted Chelsea Peretti to be a part of it, and she always will be. She has brought so much to her amazing, hilarious, unique portrayal of Gina Linetti, which is not surprising since she is one of the funniest people in history. We have tried really hard to create a storyline for her departure that lives up to the character that can only be described as 'The human embodiment of the 100 emoji.' While it's sad to see a member of the family leave, we are so proud of Chelsea and excited for what she does next. Also, I know for a fact this isn't the last we'll see of Gina Linetti. I mean she got run over by a frickin' bus, and she only missed like a week of work."

Clearly, Peretti won't be completely absent from the show.

"Brooklyn Nine-Nine" had a major upheaval in May after the show was canceled by Fox but then was subsequently picked up by NBC for a sixth season. NBC Entertainment chairman Robert Greenblatt said in a statement that NBC has "regretted" selling the show to Fox in the first place.

"Mike Schur, Dan Goor, and Andy Samberg grew up on NBC and we're all thrilled that one of the smartest, funniest, and best cast comedies in a long time will take its place in our comedy line-up," Greenblatt said. "I speak for everyone at NBC, here's to the Nine-Nine!"

Fans, including "Hamilton" creator Lin-Manuel Miranda, begged for the show to come back. Even the Backstreet Boys chimed in with a clip from the show featuring suspects in a line-up singing "I Want It That Way." 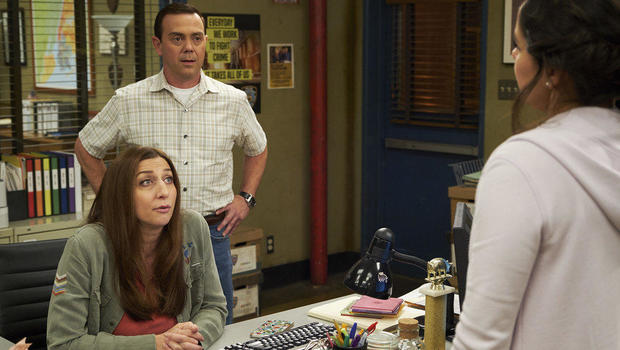 Did Ghost and Danny’s dragons survive battle of Winterfell?