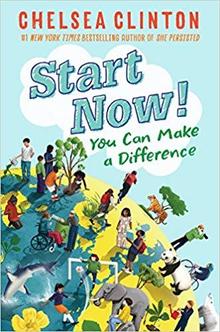 By Jean Song CBS News October 3, 2018, 1:09 PM Chelsea Clinton says it was troubling how "nakedly partisan" Kavanaugh was in testimony

During his opening statement before the Senate Judiciary Committee on Thursday, Kavanaugh blamed Democrats for "a calculated and orchestrated political hit" against him fueled in part by "revenge on behalf of the Clintons." He spoke after Christine Blasey Ford, who has accused Kavanaugh of sexual assault, was questioned by the committee.

When the former first daughter heard this, she said she thought, "Oh, my gosh, we loom so much larger in your mind than you loom, at least in mine," Clinton said Wednesday on "CBS This Morning."

"I think the principle of a judicial review being absent of partisanship is still really important," she said. "So if he had gone after President Bush or President Reagan's family, I'd feel the same way. … I just don't think that that is healthy as a dynamic on the Supreme Court or, really candidly, any court."

Clinton said she doesn't agree with Kavanaugh's stance on workers' rights, women's rights, and the environment.

"Admittedly my opposition to him is rooted in policy. But I now am even more kind of intense in my feelings because of how political he's become," Clinton said.

She said she hopes the discourse surrounding Ford and Kavanaugh's showdown doesn't have "a chilling effect" on women coming forward.

She said President Trump mocking Blasey Ford at a rally in Mississippi on Wednesday was not "becoming" of the president.

Clinton, a vice chair of the Clinton Foundation and adjunct assistant professor at Columbia University, is also a best-selling author who's out with a new book for youth called "Start Now! You Can Make a Difference." She addresses kindness in the book — among other topics, including bullying, health and climate change — in a time where civility in American politics appears to be diminishing.

She gave the example of "buddy benches" implemented in hundreds of schools across the U.S. "They're for kids to go and sit on if they're feeling lonely, and other kids are supposed to respect that and kind of sit down and just talk about their day, talk about how they're doing," Clinton said.

It's also important for parents to encourage their children to ask for help when they need it, she said.

"Asking for help is being brave, it's not a sign of weakness. And sometimes you need to tell a trusted adult that you need their help to stand up," Clinton said.

She recounted writing to President Ronald Reagan when she was 5 years old, protesting his decision to visit a German military cemetery with buried SS troops.

"Dear Mr. President, I have seen 'The Sound of Music.' The Nazis don't look like very nice people. Please don't go to their cemetary [sic]. Sincerely, Chelsea Clinton," she had written in 1985.

She never received a response, and Reagan ended up visiting the cemetery. But lessons were learned. 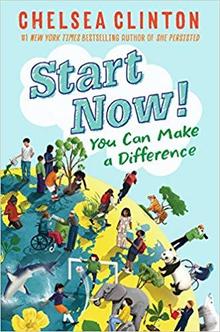