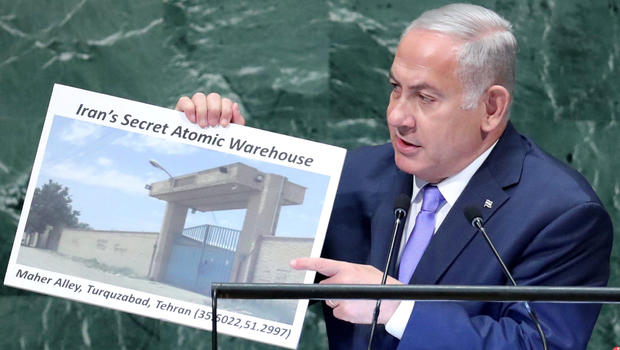 Without explicitly referring to Netanyahu's claim, IAEA chief Yukiya Amano insisted that the agency's independence was "of paramount importance" for its work.

The IAEA "uses all safeguards-relevant information available to it but it does not take any information at face value," Amano said in a statement.

He urged the IAEA to inspect the site.

Amano said the IAEA would not be told how to do its work.

"All information obtained, including from third parties, is subject to rigorous review," he said, adding that the IAEA "must always be impartial, factual, and professional."

Under the 2015 nuclear deal, Iran agreed to scale down its nuclear activities and submit to IAEA inspections in exchange for relief from sanctions.

Israel bitterly opposes the deal and congratulated U.S. President Donald Trump for his decision to walk away from it earlier this year. In April Netanyahu tried to shake up the debate over the Iran nuclear deal by showing off alleged evidence of Iran's past nuclear weapons program seized in an Israeli raid. Netanyahu said flatly, in a dramatic presentation in English, that "Iran lied" about its nuclear ambitions.

He claimed that a secret archive taken from a warehouse in Tehran included plans to build atomic warheads.

The IAEA — the entity tasked with inspecting and verifying Iran's compliance with the terms of the 2015 agreement — issued a statement, however, indicating that Israel's trove of Iranian archives did not appear to change the understanding of what the Islamic Republic did, or when.

The IAEA has repeatedly said that Iran is continuing to meet its commitments under the deal.

Amano said on Tuesday that evaluations of Iran's compliance were "ongoing." 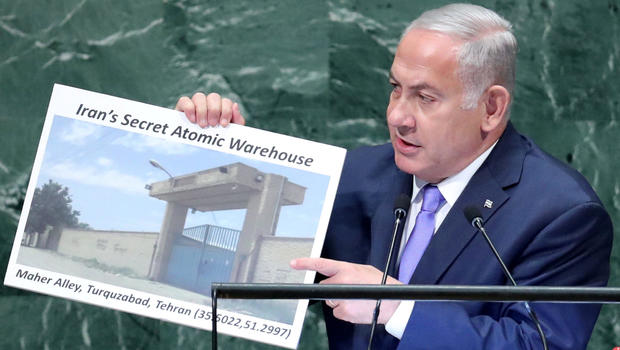