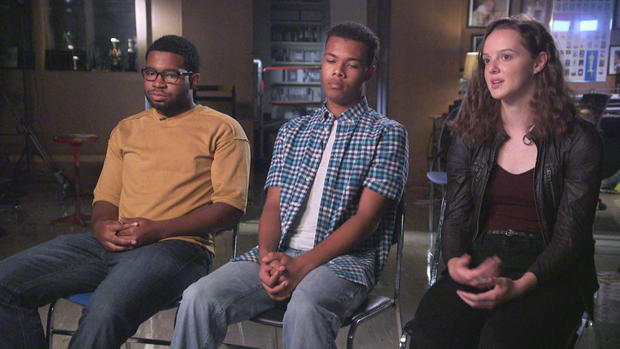 CBS News October 2, 2018, 9:21 AM "America To Me": School committed to diversity confronted with its own inequity

Oak Park, Illinois, takes great pride in its multicultural community and progressive politics. It's the kind of place where you might expect academic achievement to be broad and inclusive.

But the students who live there have been telling a different story, reports CBS News correspondent Adriana Diaz.

Charles Donalson, Grant Lee and Caroline Robling-Griest all say racial inequity exists at their school, where cameras followed them for the Starz docuseries "America To Me" beginning in 2015.

"One thing about being a kid of color in the American school system is definitely just everything is stacked against you," Donalson said.

"I've always noticed the racial makeup of my classes. And how being in more advanced classes, like, there are definitely more white students," Robling-Griest said.

"A lot of people are talking about it around the school. And I think, like maybe every day, like maybe two to three new people come up to me," Lee said.

Oak Park and River Forest High School is in an upscale and progressive Chicago suburb that prides itself on embracing diversity.

"We've seen a lot of films and a lot of focus on poor, besieged communities, public schools with no funding, violence in the community. But what's going on in a place like Oak Park where a lot of those more obvious obstacles to education equity are kind of eliminated," said Steve James, who directed the docuseries, and whose three children attended Oak Park and River Forest High School.

Much of his work explores racism and adversity, including the critically acclaimed "Hoop Dreams" in 1994. "America To Me" is the first time he has covered similar themes in his own neighborhood.

"When you are dealing in a very liberal community where people feel like they have a tremendous amount of self-awareness and sensitivity, then it brings to the fore the ways in which we are not as, you know, sensitive as we may think we are," James said.

The series captures universal teen trademarks like getting lost as a freshman and high school crushes, but frays in the school's diverse racial tapestry quickly come into focus. Some black and mixed-race students say they feel like outsiders.

"I knew that this school wasn't, in a sense, for me," Donalson said. "All of the white kids, they know that. They never have to question whether or not they should be here."

Inequity also appears in the numbers. White students at Oak Park and River Forest scored an average 33 percent higher than their black classmates in standardized tests in 2016.

Seeing those numbers gave principal Nathaniel Rouse "a lot of emotions." He was against the docuseries from the start, but the school district voted to let the show go on.

"There's a concern and perception out there that all of our students are struggling. … Those lived experiences are real, and we need to work on those. But, again, that's just simply not the story of all of our students. … I think that what is unique about us is our willingness and attempt to address those issues with action-oriented opportunities," Rouse said.

Beyond interactions with teachers, "America To Me" also documents how students interact with each other.

"Whether it's in the lunch room or certain clubs or teams like cheerleading, to see it up close and to sort of see … the ways in which kids sort of segregate themselves was eye opening," James said.

"Just being diverse, like, some people think, 'oh, that solves the problem. Like, oh, we're all living together.' But no, you know, some people are living and some are, like, just barely surviving," Lee said.

"I think the truth is that racism and supremacy is no longer legal. So it kind of just happens behind closed doors and is underlying. But it's still very present," Robling-Griest said.

Asked how schools should tackle the problem, Lee said, "I definitely think there needs to be more talks … focus on trying to stop the institutionalized racism. And it's not only in the high school. You need to go back to the elementary school, back to the middle schools, because that's where those things can form in some people's heads. … There needs to be curriculums and things taking place that can form better equity because, I mean, it's never gonna be perfect, but we can at least try."

The students say these are of course difficult conversations to have, but necessary. The school has actually organized watch parties for the series. They and the director, Steve James, make a point to recognize that these issues aren't unique to Oak Park, but plague many parts of country. 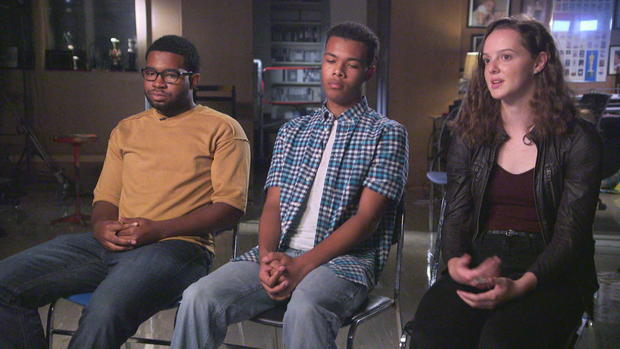 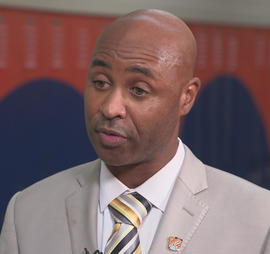