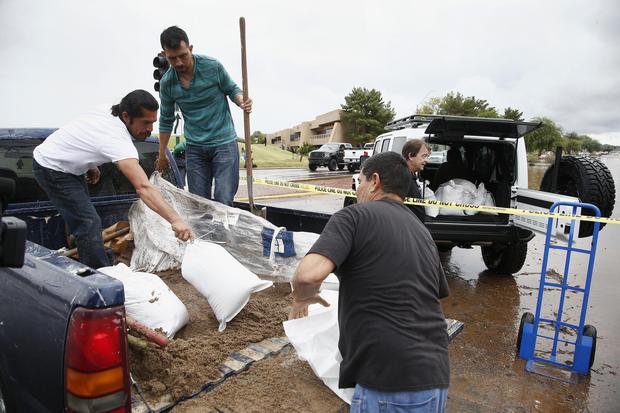 PHOENIX — Remnants of Tropical Storm Rosa drenched parts of the desert Southwest on Tuesday, slowing morning commute in metro Phoenix as authorities prepared for possible flash flooding in the city, central Utah and elsewhere. Rosa, once a hurricane and tropical storm that was downgraded to a tropical depression, reportedly claimed at least one victim in northwestern Mexico before moving north into the U.S.

The National Weather Service issued a flash flood warning for the Phoenix area, saying that up to 2 inches of rain fell in metro Phoenix by midmorning and that additional rain was expected. The wet weather was a factor in numerous Phoenix-area freeway wrecks but no serious crashes were reported, said Trooper Kameron Lee of the Arizona Department of Public Safety.

Runoff closed at least one street under Interstate 17 in Phoenix, backing up traffic at a freeway off-ramp.

In southern Arizona, heavy rain on Monday flooded streets the city Yuma at the U.S.-Mexico border and caused power outages in parts of the city. At least six roads in Tucson were closed because of flash flooding.

The Civil Defense agency for Mexico's Baja California state said schools were closed Monday in several communities, including the state capital of Mexicali, across the border from Calexico, California; San Felipe, on the northern Sea of Cortez; and south of Ensenada, on the peninsula's Pacific coast.

Mexican federal authorities declared a state of emergency for Ensenada and Mexicali. Mexican media outlets reported that a woman was swept away by floodwaters and drowned in the city of Caborca, Sonora, on the Sea of Cortez.

Meanwhile, Hurricane Sergio strengthened in the Pacific, though it posed no immediate threat to land.

Sergio had winds of 115 mph and was located about 870 miles south-southwest of the southern tip of Baja, California, the hurricane center said Tuesday. The storm was moving west at 13 mph. 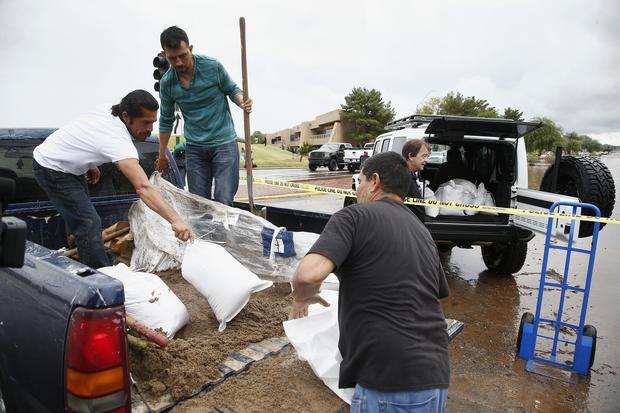 Pompeo: Trump administration doing “everything” it can to free Americans in...