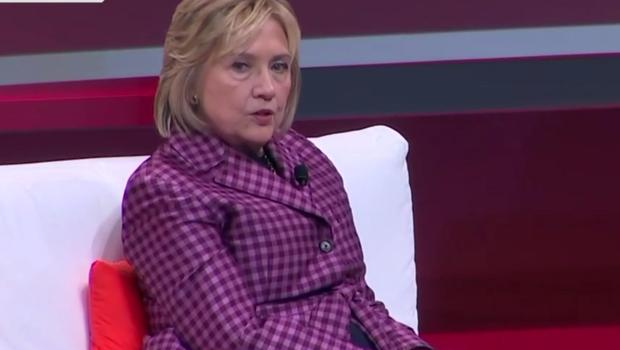 By Emily Tillett CBS News October 2, 2018, 3:07 PM Hillary Clinton on Brett Kavanaugh: "There's a lot to be concerned about"

Former Secretary of State and 2016 presidential candidate Hillary Clinton says that Judge Brett Kavanaugh's behavior during his testimony before the Senate Judiciary Committee into allegations of sexual assault was "quite out of bounds" for a Supreme Court nominee.

"For anyone who believes there's such a thing as judicial temperament and that we want judges, particularly those on our highest court to approach issues, approach plaintiffs and defendants with a sense of fairness, that there's a lot to be concerned about," Clinton said in remarks at The Atlantic Festival in Washington on Tuesday.

Clinton said she couldn't remember any nominee during her time in the senate or with the most recent appointment by President Trump of Justice Neil Gorsuch "behaving in such a way" during senate testimony.

"We have not seen anything quiet like that for a long time…in this case, the performance, the behavior was quite out of bounds. I don't ever remember anything like that." She recalled her own experience testifying for over 11 hours at a hearing about the 2012 attacks on a U.S. diplomatic facility in Benghazi, Libya, and wondered about Kavanaugh's ability to be a fair justice in light of his emotional responses to senator's questions.

Clinton also laughed off the suggestion that she and fellow Democrats were behind a "political hit job" directed at Kavanaugh over outrage from the 2016 presidential election, a claim he made during opening remarks for his Senate testimony last week.

"This whole two week effort has been a calculated and orchestrated political hit, fueled with apparent pent up anger about President Trump and the 2016 election. Fear that has been unfairly stoked about my political record. Revenge on behalf of the Clintons," Kavanaugh suggested on Thursday.

Clinton laughed at the remark: "Boy, I tell you, they give us a lot of credit."

"It would've had to have happened starting 36 years ago and that seems a stretch even for the vast Right-wing conspiracy stories about me," she said. Clinton added that his remark was "just part of the whole of his very defensive and un-convincing presentation."

"You have ask yourself why would anybody put themselves through this if they did not believe that they had important information to convey to the senate," said Clinton. "I found her presentation, I found her willingness to say I don't remember that but I remember this to be very convincing and I felt a great swell of pride that she would be willing to put herself out there under these circumstances." 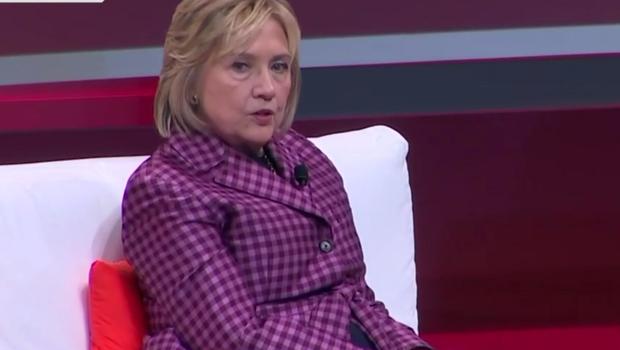