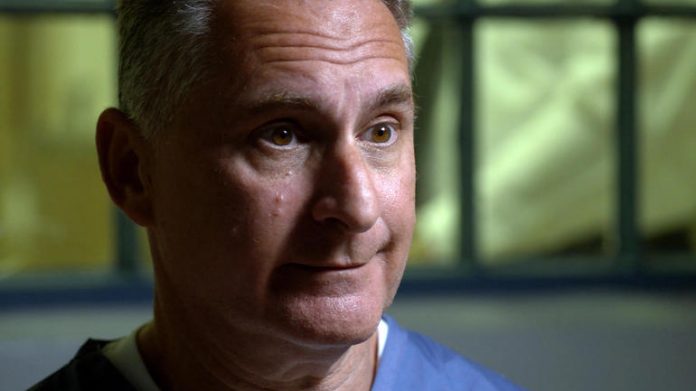 Who's responsible for the opioid epidemic? Doctors or pharmaceutical companies?

Dr. Barry Schultz is serving 157 years in prison after he prescribed enough opioids for a prosecutor to call him one of Florida's, "most notorious drug dealers." In his only interview, Schultz says he's a scapegoat

In the annals of 60 Minutes, we have rarely come across a doctor like Florida physician Barry Schultz. Prosecutors say he wantonly prescribed and sold massive quantities of highly addictive opioids. In July, Schultz was sentenced to 157 years for his role in fueling the most devastating public health crisis of the 21 century. Last year more Americans died of drug overdoses than in the entire Vietnam War. While Schultz ended up in jail, Mallinckrodt, the pharmaceutical company that flooded Florida with hundreds of millions of oxycodone pills, paid a relatively small penalty. The question now being debated in Congress and in federal court is: who is responsible for the opioid epidemic? The doctors who prescribed the pills or the opioid manufacturers and distributors who supplied them?

Dr. Barry Schultz is an inmate at Florida State Prison, where he will likely be incarcerated until the day he dies.

In this, his only interview, Schultz said he wanted to go on camera to explain that he has been singled out unfairly.

Bill Whitaker: You're a scapegoat.

Barry Schultz: I mean, I was one of hundreds of doctors that were prescribing medication for chronic pain.

Bill Whitaker: The– prosecutor called you a killer.

Barry Schultz: I see myself as a healer… In my mind, what I was doing was legitimate.

Doctor, you prescribed a thousand opioid pills to a pregnant woman.

In the early 2000s, Schultz was a pioneer on the wild west frontier of pain treatment. Doctors, drug dealers, opioid users and abusers were flocking to Florida, where powerful pain pills were being prescribed and dispensed by a new type of business, pain clinics.

Dave Aronberg: We had more pain clinics in the years 2010 and 2011 than we had McDonald's, in those years. There was one street in Broward County, Oakland Park Boulevard, that had 31 different pain clinics on the one street.

Dave Aronberg: You could get the prescription and get the drug right there on the spot. One-stop shopping. People would race down to Florida, because we didn't have the same controls as other states. We fed the entire nation's addiction.

This mob scene, shot on a cell phone in 2009, is inside a Florida pain clinic. Dozens of patients waiting to get their opioids. Schultz operated a clinic like this in Delray Beach, where he treated thousands of patients.

Bill Whitaker: How would you describe Dr. Barry Schultz?

Dave Aronberg: He was one of the most notorious drug dealers we had. He prescribed an egregious amount of pills to his patients. The numbers would shock the conscience.

DEA records show in 2010 one patient of Dr. Schultz was prescribed nearly 17,000 of the highest potency oxycodone pills in a seven-month period; another got more than 23,000 over eight months. That's more than 100 pills a day. Business was so good, Schultz was making more than $6,000 a day prescribing and selling opioids to his patients.

Bill Whitaker: The numbers of pills that you were prescribing are astronomical. Who takes that many pills and puts them into their body? What were you thinking?

Barry Schultz: I was thinking that the patient was a genuine patient who had real chronic pain, whose complaints were legitimate, and that I was prescribing medication that they needed.

Bill Whitaker: I would just like you to explain your thinking…

Barry Schultz: I would like to stop. This is not what I expected it… I believe it's unfair.

Bill Whitaker: What is unfair, Doctor?

Barry Schultz: I am just uncomfortable with these charged questions.

Bill Whitaker: These are questions that people have. This is why you're sitting here, wearing this jumpsuit.

Ultimately, he agreed to continue. He claimed some of his patients needed extremely high doses of opioids for long periods of time to alleviate severe, persistent pain.

Barry Schultz: And when I started treating people with chronic non-cancer pain, I felt it was unethical and discriminatory to limit the dose of medication. And if I had known that the overdose incidents had increased dramatically the way it had, I would have moderated my approach.

Bill Whitaker: Doctor, how could you have not known? All you had to do was pick up the paper.

Bill Whitaker: –because of these drugs. People in your practice died from overdoses of opioids.

Bill Whitaker: One is enough.

Carol Tain's son David went to Dr. Schultz for pain management after a car accident. Schultz prescribed an assortment of pain pills even after David became addicted. In 2010, David died of an overdose of opioids prescribed by Dr. Schultz.

Bill Whitaker: So sh– should Dr. Schultz have prescribed these pain pills to him?

Carol Tain: No. He didn't even examine him. He hadn't seen him in four-and-a-half years. He just– just wrote– wrote out these scripts… As far as I'm concerned, he's a murderer and– and not a doctor. He murdered my son. He – he didn't need a gun. He used his pen to murder my son.

Schultz says he was inspired to prescribe high doses of opioids to his patients after attending a lecture by Dr. Russell Portenoy, who was the influential president of the American Pain Society. Portenoy traveled around the country giving lectures and made promotional videos like this one in 2000 touting opioids as wonder drugs, urging doctors to use them aggressively to relieve pain.

Dr. Russell Portenoy: The likelihood that the treatment of pain using an opioid drug which is prescribed by a doctor will lead to addiction is extremely low…

But ten years later, as opioid addiction exploded, Dr. Portenoy said he had been part of a broad campaign funded by pharmaceutical companies to encourage the widespread use of opioids.

Dr. Russell Portenoy: I gave innumerable lectures in the late 1980s and 1990s, in which I said things about addiction that weren't true.

He said he believed at the time he was operating in good faith and was not unduly influenced by the pharmaceutical industry, still he has been named in dozens of lawsuits.

How can you not be responsible? How could you walk away from 500 million pills to a geographic area like the size of Florida?

Bill Whitaker: Dr. Russell Portenoy was paid by the drug companies and has said that there is no proof that these– that high doses of opioids are effective in treating chronic pain.

Barry Schultz: That may be true. But there is a doctor–

Bill Whitaker: It is true. So, there's no science to back up what you were doing.

Bill Whitaker: I– I guess what I found troubling is (SIGH) your lack of– acceptance that what you did was wrong.

Barry Schultz: I don't believe it was wrong.

Bill Whitaker: When you're giving somebody 60 oxycodone a day, how could they not abuse it?

Barry Schultz: 60 a day is a large number, I admit.

Barry Schultz: But if it's taken properly…

Bill Whitaker: How can you take 60– oxycodone a day properly?

There is no scientific evidence to support that claim.

With so many opioids prescribed by Schultz and other unscrupulous doctors, pills started flowing in to the streets and resold for profit, what the DEA calls diversion. 66 percent Of all the oxycodone in Florida came from just one company: Mallinckrodt, one of the country's largest opioid suppliers. Florida state attorney Aronberg told us, between 2008 and 2012, the company flooded the state with pain pills.

Bill Whitaker: How is that possible?

Dave Aronberg: I mean, you're talking about enough pills to create an entire state of addicts.

Internal Justice Department documents, obtained by 60 Minutes, reveal that, "Mallinckrodt's own data on Barry Schultz indicated that he was purchasing large amounts of oxycodone in a suspicious pattern indicating diversion." Yet the company kept shipping the drugs to the distributor it knew was supplying Schultz. The company's behavior was so flagrant it triggered a DEA investigation led by Jim Rafalski.

Bill Whitaker: So what role does Mallinckrodt play in this opioid crisis?

Bill Whitaker: They are responsible.

Jim Rafalski: It– especially for the conduct in Florida.

Jim Rafalski: How can you not be responsible? How could you walk away from 500 million pills to a geographic area like the size of Florida? And knowing at the time this was occurring there was an opioid crisis there. That wasn't a secret.

Rafalski, now an expert witness for states and municipalities suing drug companies, told us his team identified almost 44,000 orders Mallinckrodt should have reported as suspicious, which, the government says the company is required to do by law. Rafalski says Mallinckrodt reported none. But when DEA investigators handed their evidence to the Justice Department, government lawyers, fearing a long uncertain legal battle, decided not to pursue the case in court, but to settle instead.

Bill Whitaker: If you'd've gone after Mallinckrodt for everything you saw them doing, what would the fine have been?

Bill Whitaker: And the actual fine was?

The penalty amounted to less than one week of the company's annual revenue. Mallinckrodt declined to do an on-camera interview, but told us it never sold oxycodone directly to Dr. Schultz, only to distributors. In a press release, the company denied, ''It violated any applicable laws,'' but said going forward, it would analyze all internal data and identify suspicious sales.

Both the Trump and Obama administrations have sent hundreds of doctors to jail for their roles in the opioid crisis. So far, not one executive of an opioid manufacturer or distributor has been sentenced to a single day in jail.

But now the pharmaceutical industry is coming under scrutiny. In may, a Congressional committee called the heads of the five leading drug distributors, the middlemen that ship the pain pills from manufacturers like Mallinckrodt to drug stores around the country. Mississippi Congressman Greg Harper asked if they were complicit in causing the drug crisis.

Rep. Greg Harper: Do you believe that the actions that you or your company took actions that contributed to the opioid epidemic? Mr. Barrett?

CEO #1: No sir I do not believe we contributed to the opioid crisis.

Only one of the five said yes. Now this House committee has launched an investigation into Mallinckrodt and other drug manufacturers. The Justice Department has formed a task force targeting opioid manufacturers and distributors.

As for Barry Schultz, shortly after our interview, he received a final sentence: 157 years. The longest sentence of anyone so far in this opioid crisis. 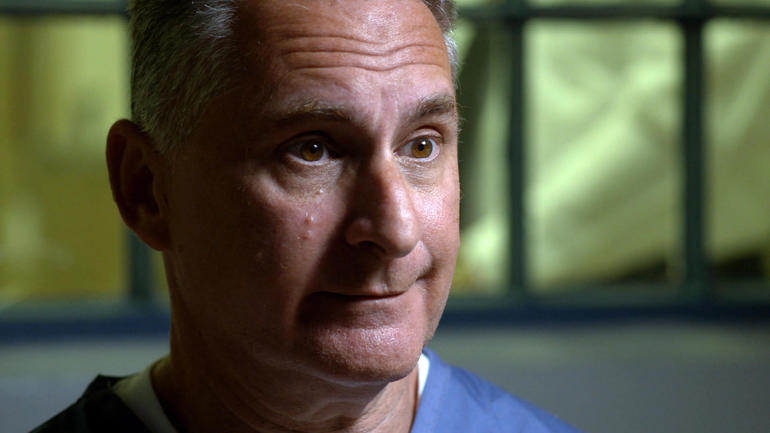 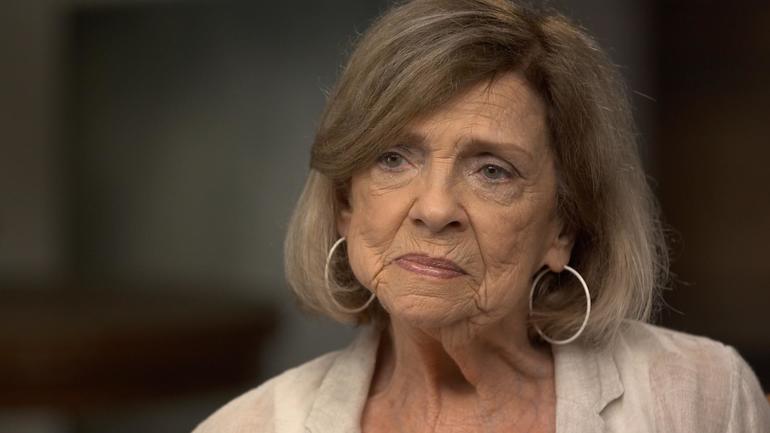 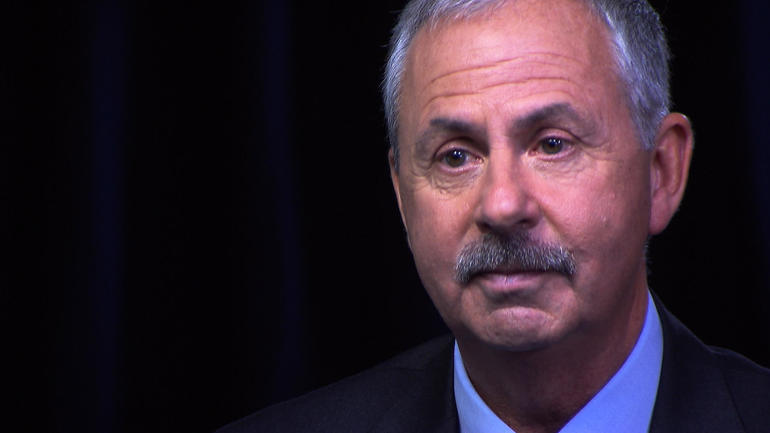 Author Chloe Gong on new novel, what inspires her writing