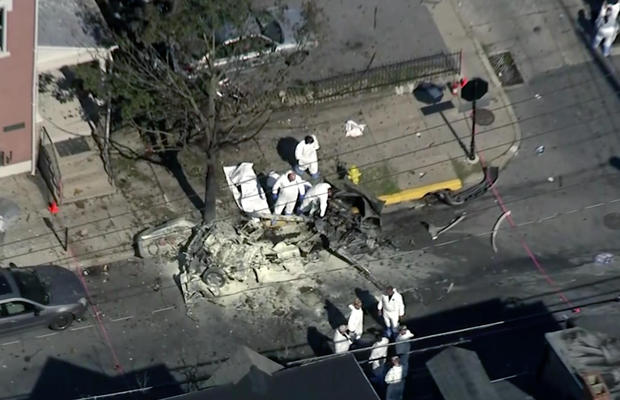 ALLENTOWN, Pa. — Police in Allentown, Pennsylvania, are trying to figure out why a car burst into flames over the weekend, killing a father, his son and another man nearby.

The explosion rocked a neighborhood Saturday night, shattering windows and turning a vehicle into a twisted fireball.

"I just heard the explosion. A big explosion, like, it scared me, it startled me. I thought it was like a house that blew," said one witness.

On Monday, authorities named the three victims: Jacob Schmoyer, 26, and his 2-year-old son Jonathan, were in the car that exploded. Investigators said the third victim, 66-year-old David Hallman, who knew Schmoyer, was in close proximity to the vehicle.

"The scene was probably the most horrific thing that I have ever seen. It was a large scene a lot of components involved a lot evidence, so it is taking a while to process it," said Allentown Police Chief Tony Alsleben.

At least 50 federal agents are assisting local authorities looking for clues about what caused the blast. But they have ruled out terrorism.

"We know we're dealing with a material that exploded, a lot of energy exploded," said Don Robinson, ATF Special Agent in Charge. "That could be anything from an accident to a device."

Police believe this was an isolated incident and there is no further threat to the public. But authorities said if this explosion happened in a different area at a different time, the result could have been much worse. 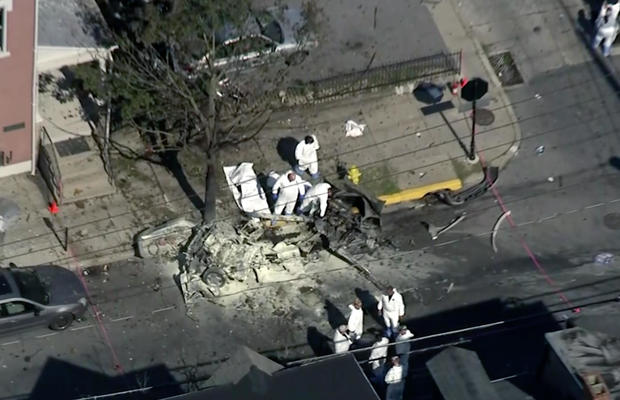