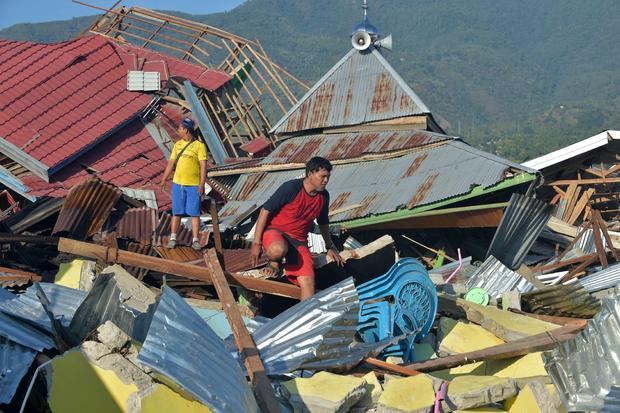 President Trump offered his condolences to the people of Indonesia Monday following a devastating 7.5 magnitude earthquake and tsunami that left hundreds dead. The death toll is expected to rise and could reach into the thousands as rescuers start to reach some of the hardest hit areas.

Drone footage shows much of a city on the Indonesian island of Sulawesi is flattened. Mosques and malls flooded or were reduced to piles of rubble. Nearly 50,000 people are now homeless.

Cellphone video shows the earthquake's power as the ground cracked and seemingly turned to liquid Friday. The jolt of the quake created a tsunami, a wave nearly 20 feet high that went crashing into Palu. It came without warning because a much-discussed tsunami alert system in the area has never been completed.

Desperate survivors flocked to the airport Monday hoping to escape the hell that their town has become.

"We have not eaten for three days," one woman said. "We just want to be safe."

Another woman was trapped in the rubble and mud for nearly 48 hours before finally being rescued. The frantic search for more survivors continues at what used to be the Roa Roa Hotel, where officials believe as many as 50 people could be buried in the debris.

The grim task of collecting the victims of these twin disasters has now begun, with brightly colored body bags lining a mass grave in the town. 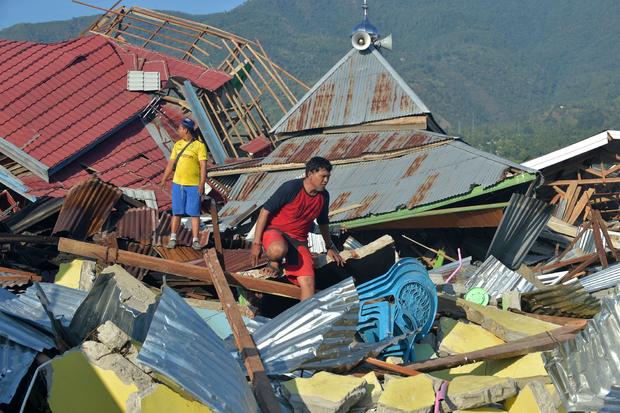