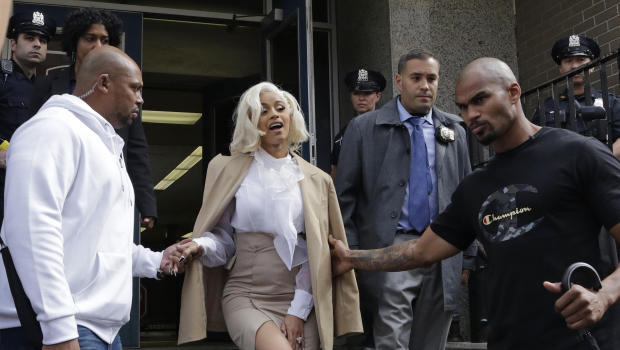 By Andrea Park CBS News October 1, 2018, 4:53 PM Cardi B turns herself in to NYPD after fight at strip club

Cardi B turned herself in to New York police on Monday over charges stemming from a fight at a strip club. The "Bodak Yellow" rapper, whose real name is Belcalis Almanzar, surrendered at the 109 Precinct in Queens on Monday. The New York Police Department tells CBS News that she faces charges of of reckless endangerment and assault.

The rapper was involved in an altercation at Angels Gentlemen's Club in Queens on Aug. 29. A spokesperson for NYPD told CBS News that Cardi B "threw a chair at an unintended target." 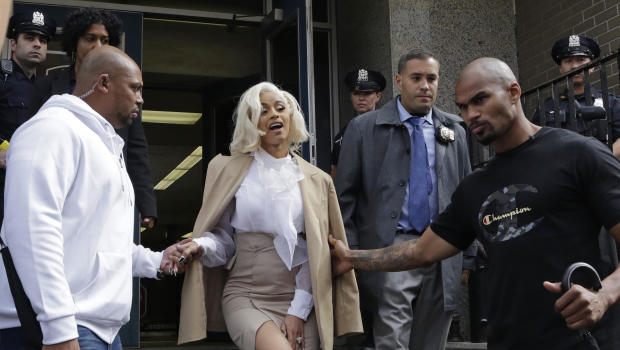