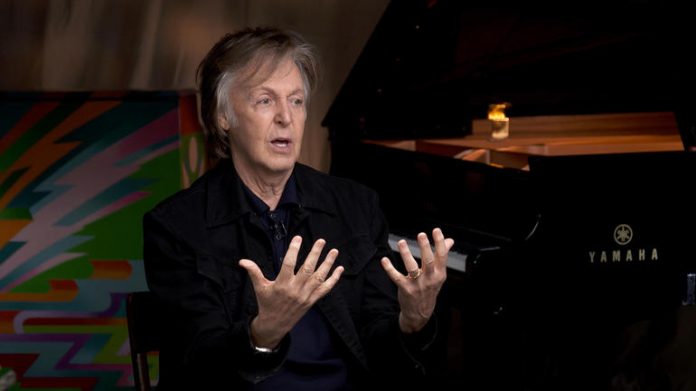 The Beatle also talks about worrying, songwriting, and how even his famous bandmate was insecure

He's a rock star, a music legend with dozens of platinum albums — a Beatle. But even after more than 50 years behind the microphone, Paul McCartney still has self-doubt.

"I think if you care about what you're doing, if you really want to get it right, then you've got to deal with insecurities," he tells 60 Minutes correspondent Sharyn Alfonsi in the video above. "It's what makes it right."

In a candid, wide-ranging interview this week on 60 Minutes, McCartney admits a few things. For starters, he doesn't know how to read or write music — surprisingly, none of the Beatles did.

When it comes to handling his stardom, McCartney says he won't take a selfie with people who approach him, though he will chat with them.

Given the number of people who stop him on the street, McCartney must have a lot of chats.

"It doesn't matter how elevated you get or your reputation gets, you still worry about things." -Paul McCartney

"Who's been famous longer than Paul McCartney?" Alfonsi asks 60 Minutes Overtime's Ann Silvio. "He handles it really well. I think a lot of people could learn from the way he manages fame."

But one admission in particular seems to emerge as a theme throughout the interview: At 76, Paul McCartney still feels he has to prove himself the way he did when the Beatles' first album came out 55 years ago.

"It doesn't matter how elevated you get or your reputation gets, you still worry about things," McCartney tells Alfonsi on the broadcast.

McCartney, it turns out, wasn't the only Beatle with doubt. In the video above, he tells of a quiet moment between the bandmates, when John Lennon revealed that he also felt uncertain — about his own legacy.

"I remember him once particularly strangely, out of the blue, saying, 'I worry about how people are going to remember me,' " McCartney reveals. "And I was like, 'John listen to me, look at me. You're going to be remembered as one of the greatest people.' "

As McCartney explains on the broadcast, his friendship with Lennon was complex. Songwriting partners since they were teenagers, the two collaborated in writing some of the most popular songs in music. A sense of competition also pushed them to create even more, even though Lennon only complimented McCartney once.

"The relationship was so complicated," says Bill Owens, who produced this week's profile on McCartney. "They needed each other so much. I think Paul McCartney is the only person who could tell John Lennon 'No,' or 'That doesn't work.' "

Lennon was also able to tell McCartney when his lyrics needed tweaking. When McCartney initially wrote "I Saw Her Standing There," the original opening lines were, "She was just 17 / She'd never been a beauty queen."

But Lennon wasn't so sure.

Lennon also encouraged McCartney to finish a melody he'd begun singing as a teenager. McCartney says he and George Harrison used to tag along with Lennon to art school parties. In an attempt to look more sophisticated, McCartney says he wore black turtlenecks and sat in a corner, where he strummed a guitar and sang in French. He hoped, unsuccessfully, to impress a girl.

The girl never came, but a new song did.

"Years later, John did say, 'Remember that crazy little French thing you had?'" McCartney remembers, "He said, 'You should finish that.' So I finished it.'"

Today, McCartney draws songwriting inspiration from everyday events, even when life can leave him feeling frazzled.

"Sometimes one of the great things [that] motivates a song is anguish," he tells Alfonsi in the clip above. "You've just been through something, like, either very annoying or disappointing, or worrying, or whatever."

On one such occasion, he sat down at his piano and worked out what he was feeling. The result was the song "I Don't Know," which appears on his new album. He says it's a testament to the fact that, with his anxieties and insecurities, he still doesn't have things figured out.

"But in a way it was a good thing, because I was sincere about crows at my window and dogs at my door, and everything was getting a bit much," McCartney says. "So I was able to sort of tell it to the piano." 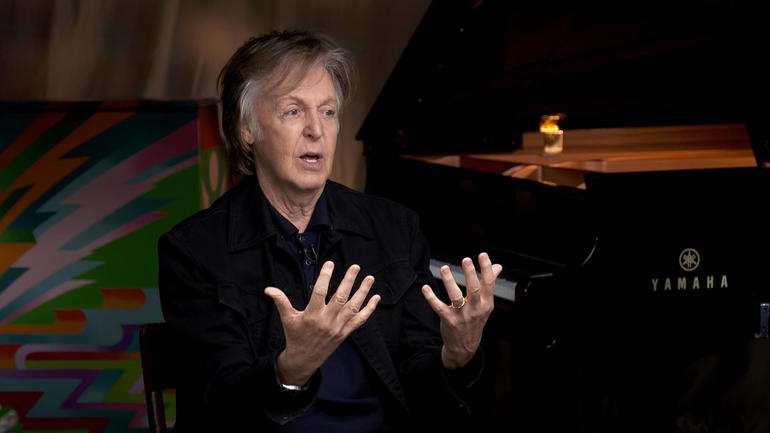 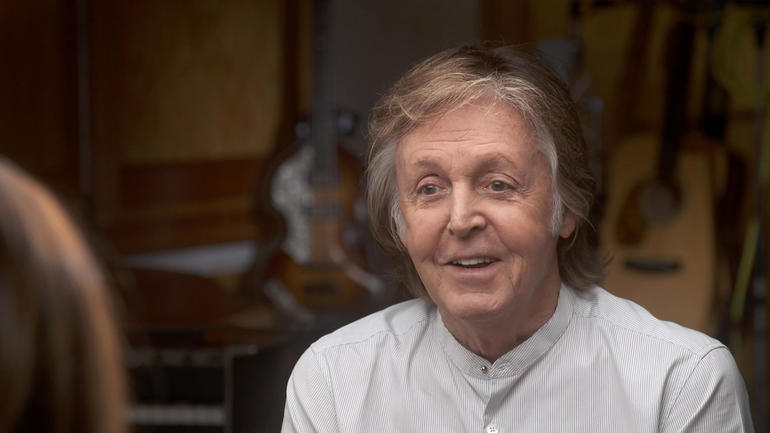 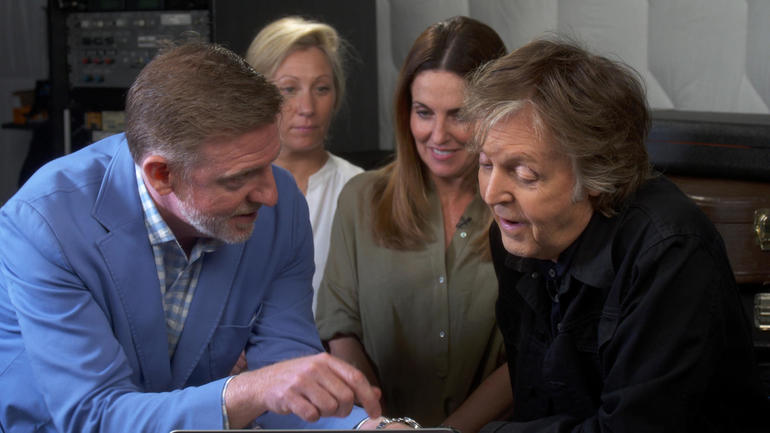 Hunting with eagles in Mongolia

Watch a prodigy create — from 4 notes in a hat