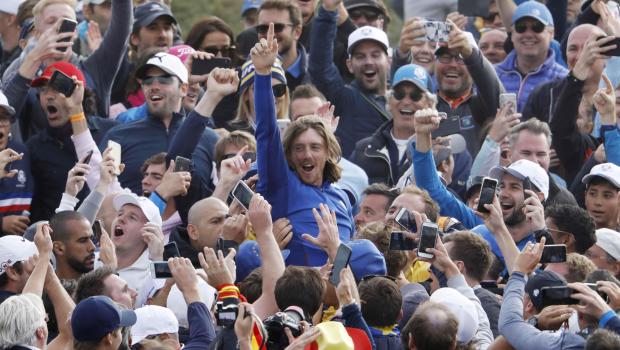 SAINT-QUENTIN-EN-YVELINES, France — The Ryder Cup is heading back to Europe.

The home team secured the victory when Phil Mickelson knocked one in the water at the par-3 16th hole, conceding his match to Francesco Molinari right on the tee box. The home team has a 14½-9½ lead with three matches still on the course at Le Golf National.

Molinari became the first European player to go 5-0 in the competition since the current format was adopted in 1979.

The Americans came into Sunday facing a daunting 10-6 deficit, and there was a glimmer of hope when they closed to within a point midway through the afternoon. But some of their biggest names failed to come through.

Tiger Woods lost all four of his matches in France, capped by a 2-and-1 loss to 23-year-old Jon Rahm of Spain, the youngest player in the event. Jordan Spieth was blown out 5 and 4 by lowest-ranked player on the European team, Thorbjorn Olesen of Denmark. The world's top-ranked player, Dustin Johnson, fell 2 and 1 to Ian Poulter of England. And Molinari finished if off by beating Mickelson, who lost both of his matches.

The Americans have not won a Ryder Cup match in Europe since 1993. 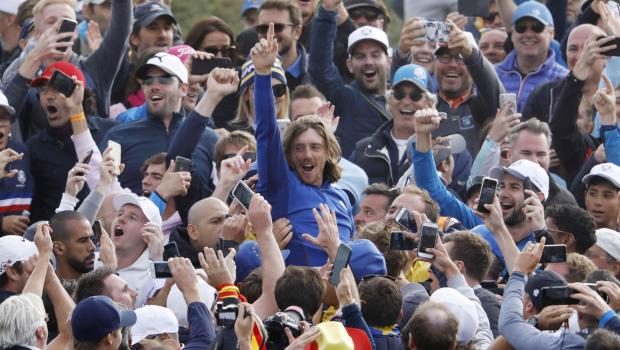