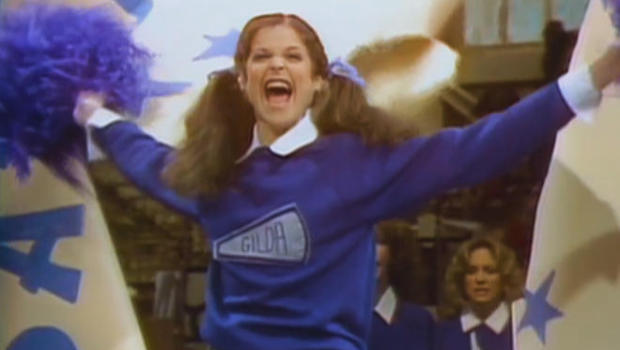 "Saturday Night Live" launched the careers of some of comedy's biggest stars, including Gilda Radner. Remembering the comedian is the mission of a new documentary, "Love, Gilda." Her brave but losing battle with cancer still inspires countless fans, including our Dr. Jon LaPook:

Gilda Radner was one of television's most beloved comedians. Back in the '70s, she was the very first person hired for "Saturday Night Live."

"She had this joy that surrounded her when she performed," said Amy Poehler. "She just felt like she was a lovely person who happened to be insanely talented."

Poehler should know. Like Radner, this veteran comedy star made her mark on "SNL." "It's really easy to talk about Gilda, for me, because she was such a formidable presence in my life, and probably the first female comedic role models that I aspired to be like," she said.

Poehler appears in a new documentary about Radner's life, "Love, Gilda." It's an intimate portrayal featuring Gilda's own diaries.

"I am fascinated with boys but never wanted to be one."

And never-seen-before home movies. One of its narrators is Gilda herself.

"When I think back on my life, I always felt that my comedy was just to make things be all right."

"She was uniquely herself all the time, even though she played these amazing characters," Poehler said. "What I would say to young people who don't know her work is, she just influenced so many people. And the funniest people thought she was the funniest."

"SNL" writer Alan Zweibel knew her well; he met Radner on the very first day of "Saturday Night Live," and hit it off.

"We just started making each other laugh and turning it into characters and sketches. Emily Litella was based on a nanny that Gilda had named Dibby and who was hard of hearing and would get some things wrong."

Zweibel proposed using one of her most memorable characters as a consumer reporter. "Not unlike Rose Ann Scamardella, who was a local WABC newsperson," he said. "And Gilda said, 'Yeah, can we name her Roseanne Roseannadanna?' And I said, 'Well, yeah!'"

Zweibel said, "And Richard Feder from Fort Lee, who wrote these letters, well, he's my brother-in-law."

Zweibel said, "She would want to make you laugh at all costs, you know? No matter what it was, just like a kid would."

He recalled a sketch in which Gilda played the grieving widow of Howdy Doody, a marionette named Debbie Doody. "And it went into the toilet. It was just not funny. But Gilda made it work because she knew she was dying out there on live TV.

"She bumped into Laraine Newman and just wound her up and just entwined the two of 'em. It wasn't the intended laugh, but she wanted to make sure you went away laughing."

After five seasons on "SNL," Radner moved on. She met and married Gene Wilder, and found a new kind of contentment.

But it wasn't to last. At age 40 Radner was diagnosed with ovarian cancer, and life as she knew it screeched to a halt. The documentary offers a glimpse of her despair:

"I thought I was supposed to be the jester. I end up somehow being the beggar.
"I feel like some fighter who keeps getting knocked down to the floor. Well, this time I'm having a little bit of trouble getting up."

"She says, 'I have ovarian cancer, Zweibel. And I need you to help me get through this part of my life.' And I went, 'What should I do?' And she said, 'Make me laugh!' She felt that her humor was the only weapon that she had against this disease."

"I kept thinking there must be a purpose to this somewhere, that a comedian who does Rosanne Rosannadanna and all this stupid stuff, gets the most unfunny thing in the world. How am I gonna get people to laugh about it? To be able to speak the words? To be able to not be afraid to be treated for it?"

With help from friends and family, and crucially from a support group, Gilda Radner rediscovered her old self. For a time her cancer went into remission, and as chronicled in "Love, Gilda," she characteristically turned it into a punch line.

[sings]
I am well, I am wonderful,
I am cancer-free.
No little cancer cell
is hiding inside of me.
But if some little cancer cell is sneakily holding on,
I'll bash and beat its f***ing head and smash it till it's gone.

She and Alan Zweibel crafted what would be her final moments on camera, a guest appearance on a program he co-created, "It's Garry Shandling's Show."

"These 300 people, who she was afraid wouldn't remember who she was, they went nuts," Zweibel said.

Garry: "Don't milk the applause like that."
Gilda: "I'm sorry, Garry. I haven't been on television for a while."
Garry: "What was wrong?"
Gilda: "Oh, I had cancer. What did you have?"
Garry: "I, uh, just had a series of bad career moves."

Cancer would eventually claim her life, but it couldn't take her legacy. It lives on in a bestselling memoir, "It's Always Something," and in Gilda's Clubs across the country … centers where people confronting cancer can find support.

Zweibel said, "She became a symbol of what you can do and how you can live your life, even though you've got this disease."

Amy Poehler said, "There's a huge percentage of women that I came up with in comedy who think about her all the time. I don't know if I carry the Gilda torch. But I certainly carry her lessons with me. And I remember her songs. I remember the laughter. I do remember it with Gilda."

"So, it's the laughter we will remember," said LaPook.

To watch a trailer for "Love, Gilda," click on the video player below. 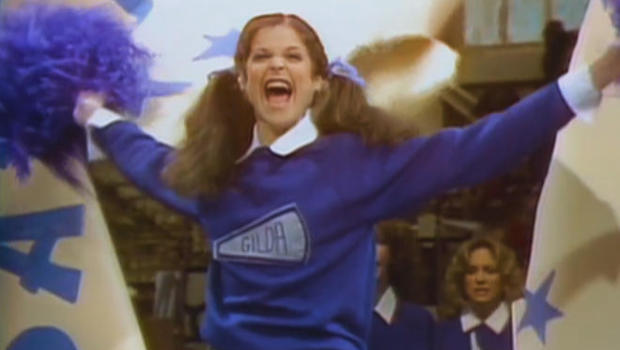 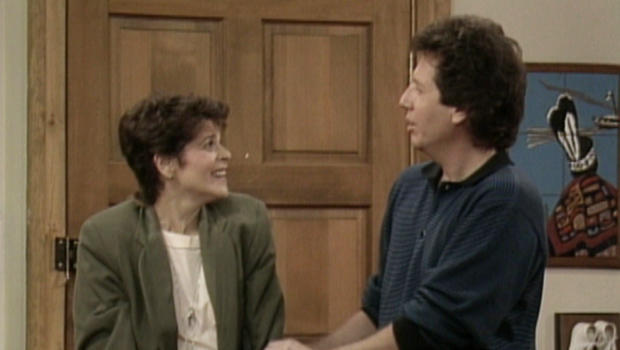