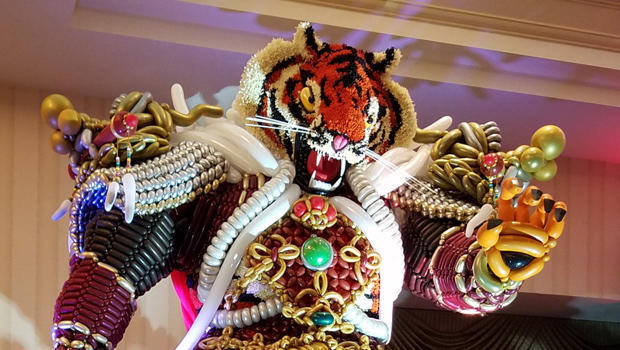 We'll be sharing time this morning with enthusiasts of a certain form of POP ART, as Conor Knighton shows us:

Inside of a San Diego Sheraton, the dance floor was blowing up. A bunch of party animals had come together for one week to have some fun, no strings attached. As the pop music plays, "pop" is the one sound that could crush the dreams of these competitors.

They've traveled from all across the globe to take part in the World Balloon Convention.

"Oh, my gosh, the World Balloon Convention is our Oscars, it's our Academy Awards," said Connie Iden-Monds. It is where people go, she said, "when they want to touch greatness."

Iden-Monds is a balloon artist in Nashville, Tennessee. And if that sounds like a bizarre job to you, well, you'd get along with Connie's parents. "My family wasn't terribly supportive," she told Knighton. "They were like, 'You're going be a clown?'"

But the joke was on them; balloon art is big business. High-end parties and corporate clients pay thousands of dollars for elaborate displays.

Iden-Monds is self-taught. "I picked up a library book and a basketball pump in college!" she said.

Most balloon artists start with the basics – a few quick twists and turns and you've got a dog or a hat or a sword. For Knighton's first attempt, Iden-Monds taught him how to make a flower.

"My first balloon flower … you just deflowered me!"

A month before the competition, Iden-Monds was working on something much larger, something she couldn't do alone. She had recruited an elite squad of balloon-atics from all across the country. "I looked for very specific talents," she said.

Knighton noted, "It sounds like something out a heist movie, where it's just like, 'Guys, this is Connie. I'm puttin' together a team.'"

When her team finally came together in San Diego, they had 27 hours to assemble a large balloon sculpture from scratch.

Their competition? Countries from all over the world – the Italians, the Japanese, the Russians, who all spent thousands of dollars just to attend.

Again, that is 27 hours straight. Unless you have 27 people, like Taiwan's team, there's not much time to rest.

The event's million-and-a-half balloons were free, provided by the Pioneer Balloon Company, run by Ted and Betty Blamis, who are true believers in the art.

"You take a very simple product that doesn't look like anything in its uninflated form, and then you add magic to it by either air or helium going into it. And all the sudden it changes character!" said Ted.

A 15-foot-tall tiger … and the American team's entry, from "The Little Mermaid," a giant Ursula the Sea Witch.

Iden-Monds was relieved once all the work was done: "I'm happy to have had a good night's sleep after 27 hours. I haven't stayed up that long since college," she laughed.

Once everything is inflated, it's up to judges like Sue Bowler. There are awards for Best Hat, Best Small Figure, Best Fashion.

Her criteria? "Have they used balloons in a creative and an unusual way? Is what they're making technically difficult? Have their hidden their mechanics?"

It's a friendly competition – the balloon world is small, and the convention, held every two years, is a chance to network and take classes together.

But still, the U.S. has never placed at WBC in the Large Sculpture category, and so any award would be a big deal for the Americans. When the big night finally arrived, Iden-Monds won third place.

The squad was all smiles.

The Tiger from Taiwan won first place, while the Russians' wolf took second. But the winning sculptures are not going to fit on the plane back home. None of them will. Balloons are a temporary medium.

The convention ends as you knew it would, with a mass popping – everything that took years of planning is gone in a matter of minutes, reduced down to a few trash bags.

And while it might be sad to watch, Iden-Monds says the experience of seeing the smiles makes it all worth it.

"It's joy in a package," she said. "And by sharing a little bit of joy in a balloon, that transcends language, that transcends race. And in fact, I tell people all the time, 'I'm so lucky. I'm, like, completely blessed, 'cause I have a job where I make somebody happy every single day.'

"It doesn't get any better than that!" 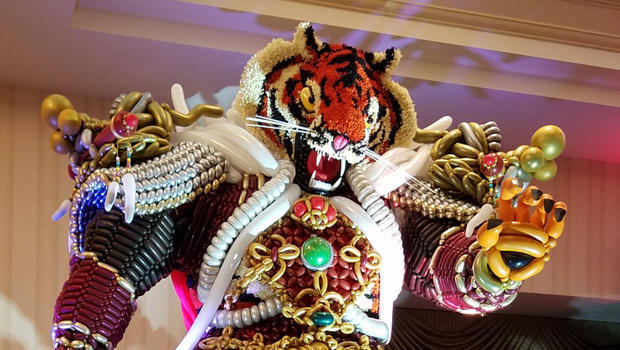 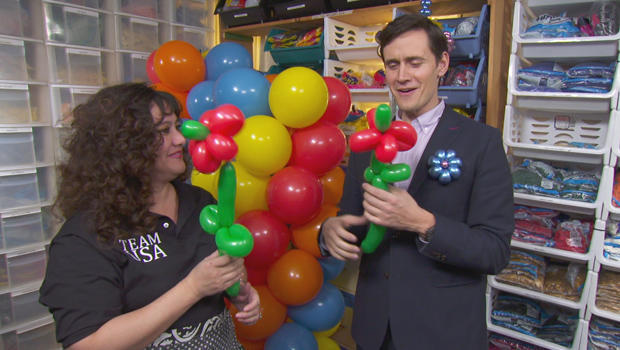 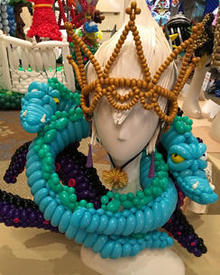 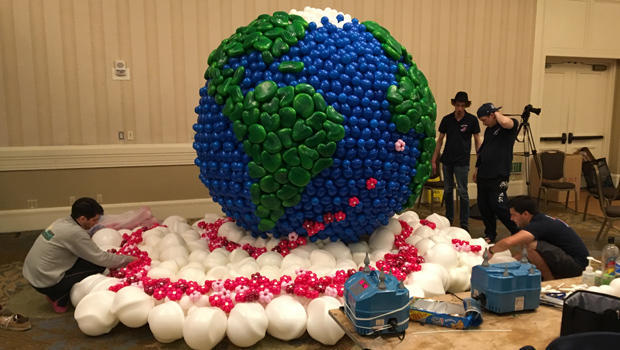 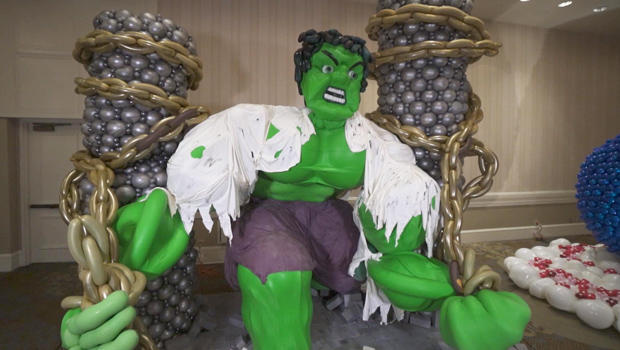 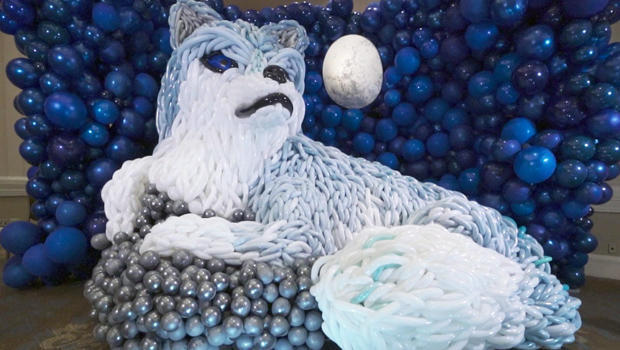 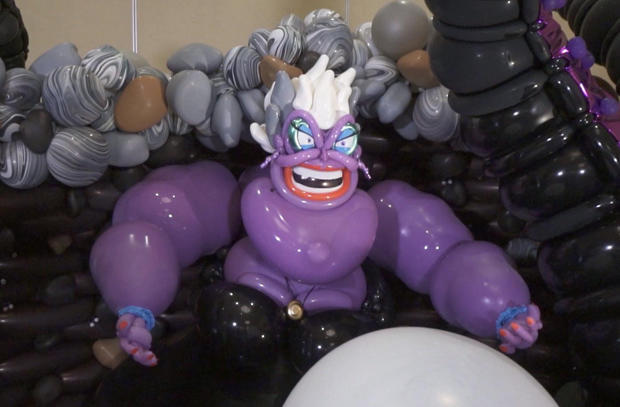 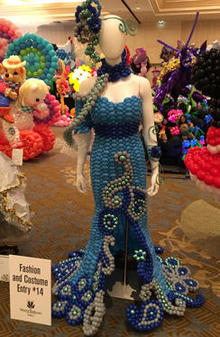 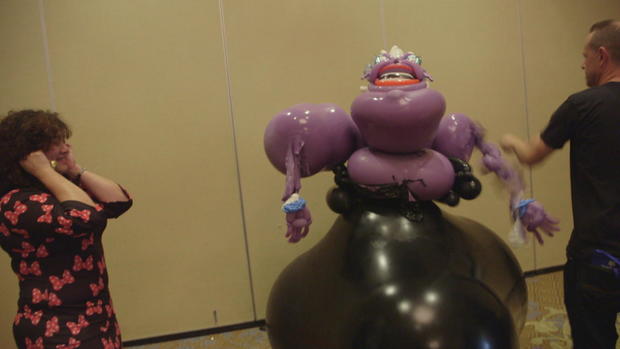 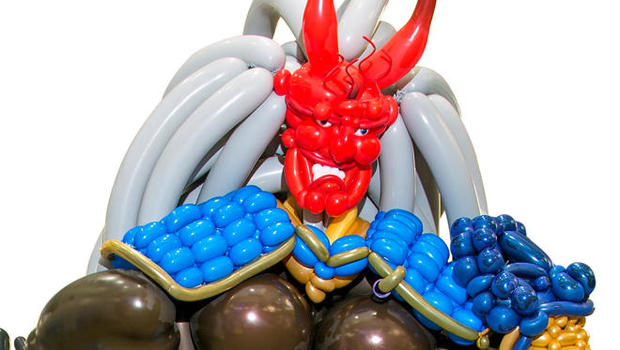