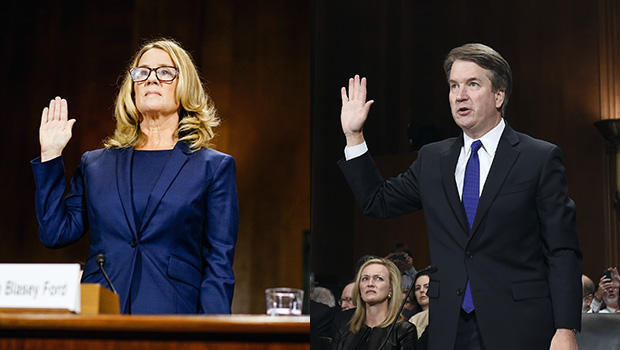 Just what happened this past Thursday when Christine Blasey Ford and Brett Kavanaugh told their conflicting stories before the Senate Judiciary Committee, and what to expect going forward? Perspective now from Jan Crawford:

Even in this extraordinary time, it was a week that managed to stand out, from the harrowing allegation ("It was hard for me to breathe, and I thought that Brett was accidentally going to kill me"), to the emotional, resolute response ("I'm here today to tell the truth. I've never sexually assaulted anyone. Not in high school, not in college, not ever").

And then, a last-minute run-in at an elevator ("Look at me when I'm talking to you: you're telling me that my assault doesn't matter!" an activist yelled at Sen. Jeff Flake), leading to that bombshell change of heart:

"I will only be comfortable moving on the floor until the FBI has done more investigation than they have already," said Flake.

Now, so many are asking, whom to believe?

The president is standing behind his nominee, while also acknowledging the woman speaking out against Kavanaugh was very compelling. "She looks like a very fine woman for me. Very fine woman," said President Donald Trump. "And I thought that Brett's testimony, likewise, was really something that I haven't seen before. It was incredible."

It has echoes of a time 27 years ago. Back then, everyone was asking those same questions about credibility.

Professor Anita Hill told the Senate Judiciary Committee, which was considering Clarence Thomas for the Supreme Court, "On several occasions, Thomas told me graphically of his own sexual prowess."

For his part, Thomas said, "I would have a preferred an assassin's bullet to this kind of living hell that they have put me and my family through."

Even Ginni Thomas, his wife, spoke to Jan Crawford on ABC in 2007.

Crawford asked, "How did you feel listening to that testimony?"

"She looked credible. I was shocked because I knew the truth of Clarence Thomas and what he was like," Thomas replied.

Later that day, Sen. John Kennedy asked Kavanaugh, "None of these allegations are true?"

"No doubt in your mind?"

There was an FBI background investigation then, too, delivered before the hearings. But like the report being prepared now, it had no conclusions, just summaries of interviews.

That decision on whom to believe will be left up to 100 senators … and all of us. 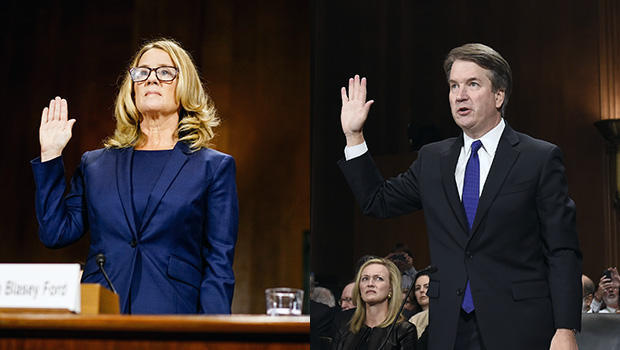