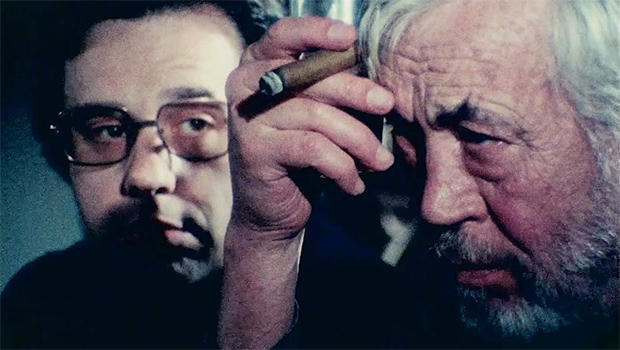 There have been plenty of Holy Grails for film buffs – movies that have been lost, or never even managed to see the light of a projector before disappearing due to a filmmaker's flameout, a studio's fiscal obstinance, or the simple ravages of time. All three components factored into the invisibility of Orson Welles' last, unfinished film, "The Other Side of the Wind," one of the most eagerly-sought movies. Shot in spurts over several years beginning in 1970, the movie occupied Welles' final years as he sought to scrape together funding to complete it, before he passed away in 1985 at the age of 70.

But the film lived on in legend, in part because, as (bad) luck would have it, one of the financiers happened to be the brother-in-law of the Shah of Iran, whose downfall when the revolution swept him from power in 1979 led to protracted legal battles between Welles' estate, the Iranian government, and others over access to the negative (which was locked up in storage in France), as well as tussles between Welles' family and Oja Kodar (Welles' mistress and leading lady) over who controlled rights to the film.

Now, more than three decades after Welles' passing, legal hurdles have been cleared, and a version of "The Other Side of the Wind," assembled using Welles' edited sequences and his voluminous notes, with a score composed by Michel Legrand, is finally being released, and any film buff worth their salt should jump at the chance to see it.

It is the most meta film out there right now, both by design and by cruel irony, since the story of this film's existence, prolonged gestation and final, delayed birth mirrors the narrative of the movie itself, just as it reflects the man behind the lens.

Welles had said in 1979 that his film was "96 percent completed." In many ways the version we see today is a memory of what Welles sought to conjure during his improvisational shoot, scripted on the fly, and recreated by those who were there or who later fell under its spell.

The movie stars veteran director John Huston as Jake Hannaford, an aging Hollywood filmmaker attending his 70th birthday party, where his career, reputation and friendships are dissected by a panoply of cameras – a blur of speedily-edited footage caught on 35mm, 16mm and Super 8, color and black-and-white, like videos taken today by smartphone-wielding fans accosting a celebrity outside a restaurant.

When the attendees aren't drinking, decrying the film business, waxing nostalgically over past triumphs or firing rifles at mannequins, the party is an occasion to screen footage from Hannaford's forthcoming, unfinished movie, "The Other Side of the Wind" – a source of fascination and personal crisis.

The film-within-the-film is a gorgeous, color, widescreen affair (a parody of Michelangelo Antonioni's work), in which a mysterious, beautiful woman (Kodar), often naked, is being pursued by a gorgeous man (Robert Random). Few words are exchanged, but the wide desert expanses, cool reflections in gleaming glass towers, and intense lighting in nightclubs only magnifies the desire of the couple. One standout scene, in which Kodar seduces Random in the passenger seat of a car being driven by another man, is erotic in spite of not showing very much beyond a blur of rain-splattered windows and oncoming headlights. Welles films her with the keen attention of a lover, while not exploiting her too much.

Director Peter Bogdanovich also stars as an acolyte and biographer of Hannaford's and a successful member of the "New Hollywood," who helps shepherd the scrum of fans and press attending the party. He acts as a bulwark for those critics who press Hannaford on meanings to his opaque film, as well as those seeking to solve the mystery behind the young actor whom Hannaford had discovered and cast in his epic, and who disappeared before the film was completed.

While the theme of Hannaford's film-within-a-film is about desire, seduction and loss, the larger film marks the antithesis of desire: failure, and a decline in power and status. Welles claimed repeatedly that his film was not autobiographical, but it's hard to believe him – both films in their ways reflect the obsessions of a man whose brilliance was undeniable, even when he lacked the studio clout to bring his greatest ambitions to fruition. Here, thanks to producers Frank Marshall (a line producer on the original shoot) and Filip Jan Rymsza, and to Oscar-winning editor Bob Murawski ("The Hurt Locker"), we finally get to witness the vision of a master director, even if it may be 96 percent of what he intended.

Huston gives a bravura performance as Hannaford, an aging lion in an industry that is looking at him in the rear view mirror. Bogdanovich wears the comfortable cloak of a cineaste with style. In addition to Mercedes McCambridge, Lilli Palmer, and Edmund O'Brien, the film also gives us another chance to see riveting actors like Susan Strasberg and Gregory Sierra who (like Welles) left us too soon. There are also cameos by filmmakers Dennis Hopper, Paul Mazursky, Henry Jaglom and Claude Chabrol, who turn up on screen in homage to the director (both the fictional and the real).

But the real star of "The Other Side of the Wind" is the very process of directing – that alchemy when disparate elements are blended to create a personality, an atmosphere, maybe even a cohesive narrative, which is easier said than done. It's something Welles did with aplomb both in his films and in his increasingly caricaturish image on television (delighting in proffering magic tricks while ruing the decline of Hollywood filmmaking since "Citizen Kane").

After debuting at the Venice, Telluride and New York Film Festivals (the film screens in New York today and on October 10), "The Other Side of the Wind" will be released theatrically on November 2, as well as on the streaming service Netflix.

"The Other Side of the Wind," distributed by Netflix. 122 minutes. Not Rated (but with potent sexual content – best shield the eyes of children).

To watch a trailer for "The Other Side of the Wind," click on the video player below.

Also screening today at the New York Film Festival is a companion film on Welles by director Morgan Neville, "They'll Love Me When I'm Dead," which documents the making of "Other Side of the Wind." It, too, will be released by Netflix, and it tells a story at least as manic and inscrutable as Welles' opus.

Although there are interviews with reverent cast and crew members who recall the crazy times of shooting in Los Angeles and Arizona (including stealing moments on deserted studio backlots by filming under assumed names), and an examination of Welles' fallen celebrity in the '60s and '70s, the documentary ultimately skips over exactly how this incredible, incredulous film finally saw the light of day. It feels unfinished, which may be fitting. 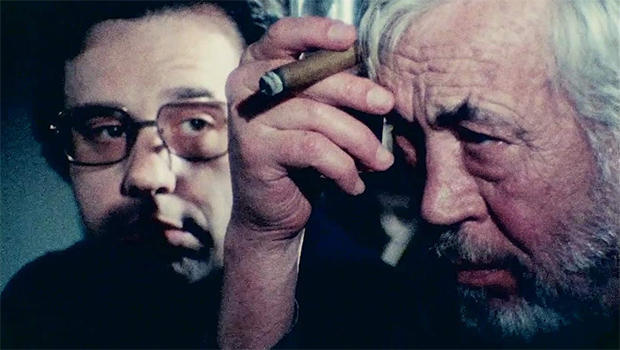 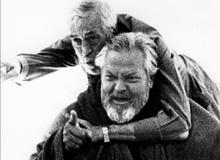 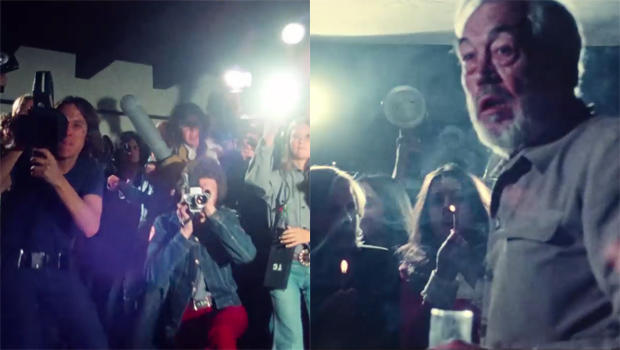 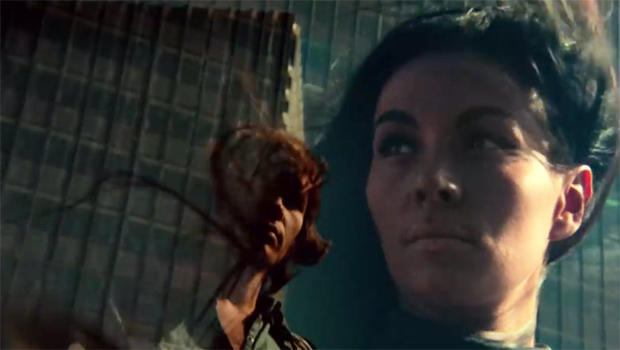