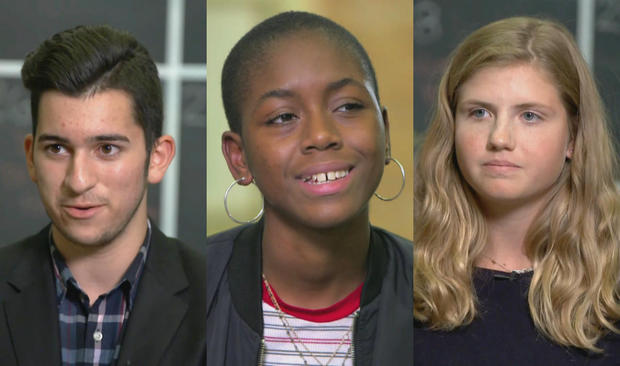 Christine Blasey Ford testified Thursday she was sexually assaulted by Supreme Court nominee Brett Kavanaugh when they were both in high school. Kavanaugh strongly denied the claim. Much of Thursday's hearing focused on the time when they were teenagers.

CBS News correspondent Adriana Diaz sat down with a panel of current Chicago-area high school students to hear their thoughts not only on the allegations, but the relevance of these hearings for young people today.

"I think it's the position of power that we're trying to put him in. It's kind of scary to see someone who has, like, such serious allegations be up for a position like this," Armstrong said.

Also scary for some: the idea that what they do now could affect their lives 30 or 40 years from now. For others, it's part of a needed change.

"Well I think that's part of, like, what's so good about this, like, coming up, is that people should be scared that … their actions do have consequences," said 17-year-old Jackie Brown.

Asked whether it's fair to expect teens to know right from wrong when it comes to sexual harassment and assault, 15-year-old Maya Behl said it's "very fair."

"I think even as children, as a 5-year-old, we have this human intuition where we know right from wrong. I think sexual harassment is like human intuition. You know that it's wrong to assault someone. I think kids in high school maybe don't know whether it's wrong or not to get drunk or to do that kind of stuff, but to physically harass a person, we've been taught forever that it's wrong," Behl said.

When Anita Hill testified about then-Supreme Court nominee Clarence Thomas's alleged harassment of her back in 1991, she faced a vastly different tone in the questions she was asked than Ford did Thursday. Still, some of these teens maintain that our culture has changed very little — if at all.

"Nothing has changed. I was even reading some of the articles from 30-plus years ago, and I definitely think it's still the same," Behl said.

"I think that the idea that the way — that the way boys really supposed to act is to pursue girls, regardless of, like, how they respond. I think that's like a very toxic part of our culture that persists today," said 17-year-old Kanyinsola Anifowoshe.

Alex Ciancuillo, 17, called the notion that "boys will be boys" a "childish excuse."

A tidal wave of accusations have toppled powerful men since the #MeToo movement began last October. Diaz asked the teens whether they think men are more likely to be presumed guilty than innocent in 2018.

"I can't speak from personal experience, but just looking at it from an outside perspective, absolutely," Ciancuillo said.

"I think with something that's, like, as heavy as sexual assault, instead of it being innocent until proven guilty, its more of a young men start guilty until proven innocent. I feel like we shouldn't start with the mentality that they are guilty, Armstrong said.

When Diaz asked the group to raise their hand if they know anyone who had been harassed or assaulted by a peer, only the girls did. They described how difficult it is to really know what goes on behind closed doors and what it's like to help a friend report what happened to them.

"It was definitely hard for the person I was helping, just because there's so much pressure to not be, like, the girl who, like, ruins his life," Anifowoshe

The reticence to "ruin" someone's life was echoed by Maya Behl.

"My friend has actually not reported it and she does not want to, either. And I think it's because of exactly what you're describing. You don't want to be the person to ruin his life. Or you don't want to – you don't want anyone to know because it's so embarrassing to see, to imagine yourself so small. And I think, yeah, tying into the Brett Kavanaugh case, I think that I was just imagining maybe 30 years she'll say something about it and the fact that it should take that long is kind of sad."

To hear more from their conversation, watch the video at the top of this page. 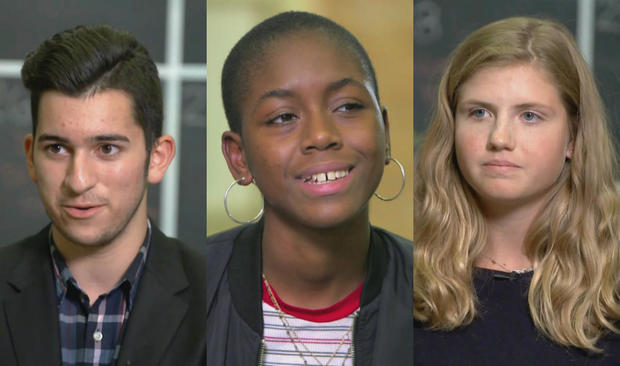 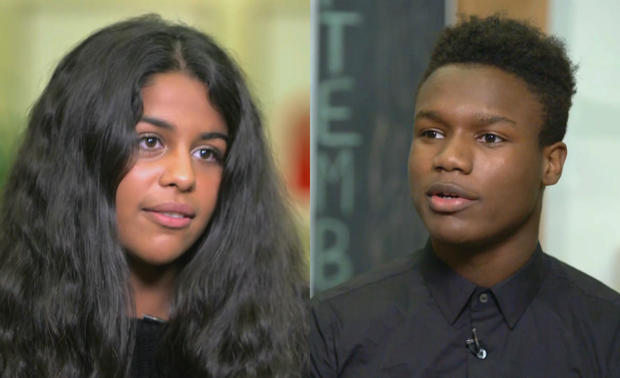