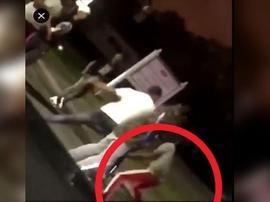 BATON ROUGE, La. — Police in Baton Rouge have released a video showing a fight between several men in a street that they believe led to the shooting death of an LSU basketball player. Wayde Sims died after he was shot during the fight involving several men early Friday near the campus of another university in his hometown of Baton Rouge. Sims, 20, was shot around 12:25 a.m. and died from his wounds at a hospital, Baton Rouge police Sgt. Don Coppola Jr. said.

Police did not identify Sims in the video, which also shows cars stopping to avoid the melee, but Coppola said police are primarily interested in identifying a man seen wearing red pants with a white stripe. CBS affiliate WAFB reports the man is wanted for questioning. No suspects have been named.

"Investigators are looking to identify that individual, along with any others in the video, to see if they have further information on who is responsible for taking the life of Sims," Coppola said.

"This is your worst nightmare as a coach. This is what you worry about at all times," said Wade, who informed the team of Sims' death when they met for what was supposed to have been a 6:30 a.m. workout Friday. "There's problems everywhere, so you just want to educate your guys as best as possible to stay away from those situations and unfortunately, sometimes, these lessons are the toughest."

Wade described Sims as the "team jokester" who was always smiling and, as one of the few players with a car, would happily shepherd teammates around town on errands or to show off the city where he grew up.

"Everybody on the team loved him," Wade said. "He got us going in practice. He would do anything for anybody on our team."

Wayde's father, Wayne, played for LSU under coach Dale Brown from 1987-91. One of Brown's assistants at the time, Johnny Jones, was LSU's head coach when the younger Sims graduated from University High and joined the Tigers. Wade took over after Jones was fired at the end of the 2017 season.

"It's just so senseless and tragic," Alleva said, calling Friday his saddest day in his four-plus-decade career in college sports. "Wayde grew up in Baton Rouge and knew a lot of people, not just on the basketball team. His footprint permeates the whole campus. It even goes down to U-High. This is a terrible experience for everyone."

Recently, Wade had praised Sims for his offseason work earlier this week in a radio broadcast.

"Maybe the guy I've been most impressed with is Wayde Sims," Wade said on 104.5 FM ESPN's "Off the Bench". "Moving him around, we're trying to solve the issue of having a bigger 3-man, and really, the past month or couple of weeks we've messed around with him at the 3. He's done a really nice job."

The school said counselors and support were made available immediately to teammates and friends at LSU.

"We're not going to worry about basketball right now. We've got way more important issues," Wade said. "Everybody grieves differently. It takes people different amount of time for this sort of thing. We started the process this morning and we're going to continue it for as long as we need to. Right now our focus is on helping Wayde's family and being there for Wayde's family and be there for our players that they're well taken care of."

Sims was the 2014-15 Louisiana Gatorade player of the year at U-High, where he led the Cubs to three straight state titles from 2014-16. Sims was entering his junior season at LSU. The 6-foot-6 forward averaged 5.6 points and 2.6 rebounds per game last year with 10 starts in 32 games.

Meanwhile, LSU cancelled a public unveiling of a statue of the late Billy Cannon outside Tiger Stadium on Friday evening. Officials said the public would be able to see the statue of the 1959 Heisman Trophy winner before Saturday night's football game against Mississippi.

"To say we are grief-stricken is an understatement," LSU President F. King Alexander said in a statement. "Wayde was a beloved member of the LSU community whose leadership was treasured by his coach and teammates."

Baton Rouge Police are asking anyone who has any information about the shooting or who can help identify the people in the video to call the Violent Crimes Unit at (225) 389-4869 or Crime Stoppers at (225) 344-7867. 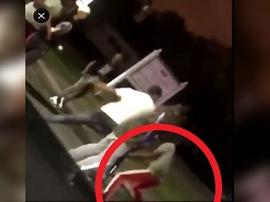 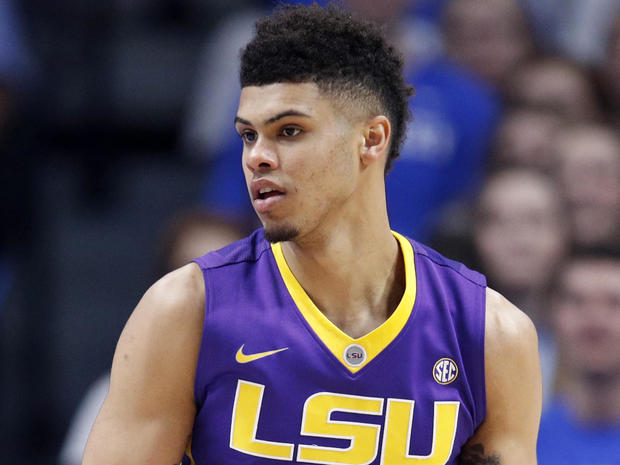 Handiwork: How busy hands may help the brain

Mumps vaccine may be wearing out for some age groups

After Cambridge Analytica scandal, deleting Facebook may not be so simple

Bloomberg donates $1.8B to boost financial aid for low-income students