The two, the White House says, are expected to discuss a commitment to pro-growth policies, combatting drug cartels, and partnering in energy and cybersecurity. They also plan to discuss Venezuela, after Mr. Trump announced new sanctions during his speech to the United Nations General Assembly targeting Venezuela's first lady and President Nicolas Maduro's inner circle.

It's Pinera's first visit to the White House since assuming office in March.

The meeting with the Chilean president comes as the Senate Judiciary Committee is voting on moving Kavanaugh's nomination to the Senate floor. Mr. Trump praised Kavanaugh's testimony in Thursday's hearing on Twitter, without mentioning Christine Blasey Ford, the woman accusing him of assaulting her when they were both in high school. A floor vote on Kavanaugh is expected early next week. 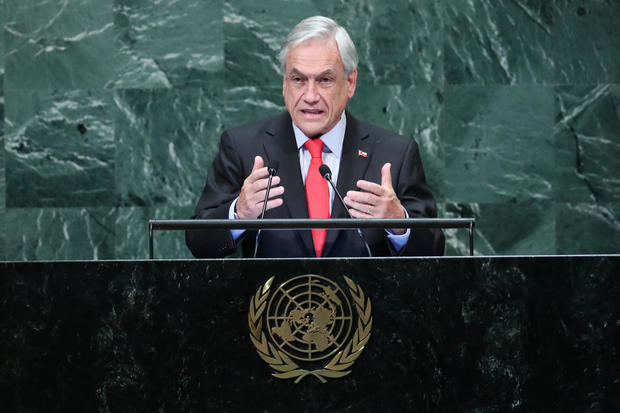