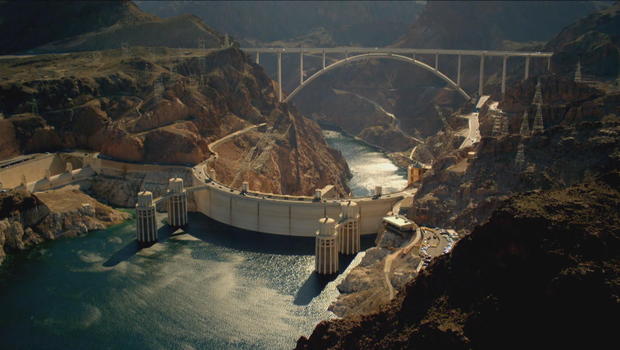 Hoover Dam is one of the greatest engineering feats of the 20th century. Built during the Great Depression, it was the biggest public works project in the country. Now, as California and the West expand into renewable energy, there's a $3 billion plan to bring the power plant into the 21st century.

Close to a million people come each year to the Arizona-Nevada border to be awed by the mighty dam, a 726-feet high wall of concrete housing 17 power generators, reports CBS News' Jamie Yuccas.

"3.25 million cubic yards of concrete. Basically you could pave a road from San Francisco to New York with the concrete in the dam," Len Schilling said. He manages the Hoover Dam, which provides power to three states and water to more than 20 million people, producing enough power to support more than a million homes.

The generators take in water from Lake Mead. The water is funneled through spinning turbines to create electricity. Then the water is released to flow down stream. Los Angeles is its largest customer. "Fifty-five percent to California, 25 percent to Nevada, and then 20 percent to Arizona customers," Schilling said.

The dam was built to tame the Colorado River after devastating floods. Now the Los Angeles Department of Water and Power is looking to turn it into a giant energy storage system, similar to the job a battery performs.

"In fact it's one of the simplest technologies: pump water up hill when there's too much energy and let it run down hill when there's not enough energy," said David Wright, general manager of the Department of Water and Power. They have already implemented the plan that works on a much smaller scale in Castaic, California.

The project calls for a wind- and solar-powered pump station to be built 20 miles downstream. Water would be pumped back up to Lake Mead through underground pipes and sent back down during periods of higher demand.

Los Angeles Mayor Eric Garcetti, a proponent of green energy, is also behind the plan.

"You're talking about a price tag of $3 billion. That's a lot of money," Yuccas said.

"The cost of inaction is more," Garcetti responded. "We've got drought and fires in the West… We're going to be talking about 100 billions, trillions of dollars of costs if we don't confront climate change now."

California has a mandate of zero carbon emissions by 2045, and stands to gain the most from the plan. Some of the businesses down river are concerned there may not be enough water for recreation.

"So how do you sell people down river that this is going to be a good thing, especially during a drought when water levels are low?" Yuccas asked.

"You have to listen to stake-holders that are there. We can't just do this, and mandate it and say, 'It's our dam… and we're gonna do whatever,'" Garcetti said.

The project is in its infancy. It requires an environmental impact study along with a debate over how the cost will be divided between all of the energy users.

"The western United States might be divided by state borders but we really have the same electricity lines, the same water. We realize that our fates are tied together," Garcetti said.

It's a visionary project that some hope will stem the flow of climate change before it's too late. 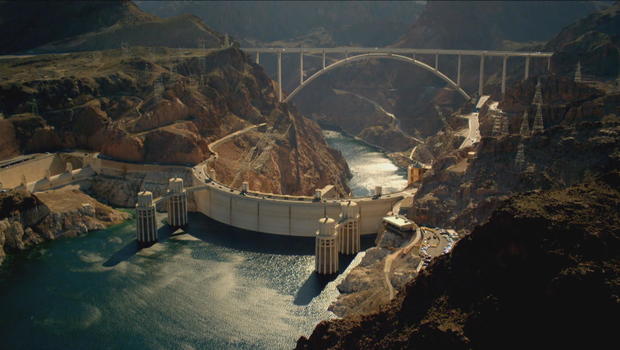