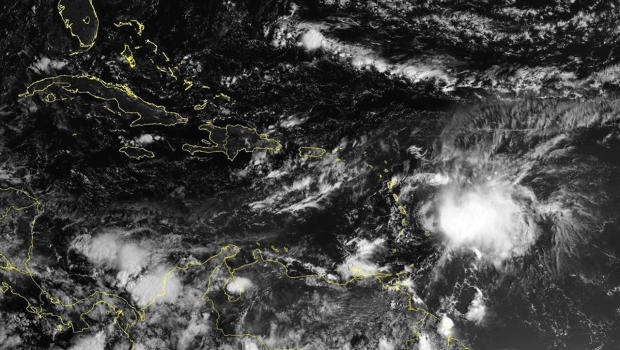 MIAMI — Tropical Storm Kirk is on a path to dump heavy rains that could bring dangerous flooding to the eastern Caribbean, forecasters said. At 8 a.m. ET, the National Hurricane Center said the center of Kirk was about 60 miles east of Barbados.

Kirk had maximum sustained winds of 50 mph and was moving ahead at 16 mph. Tropical storm-force winds are blowing as far as 140 miles from Kirk's center.

A tropical storm warning is in effect for the islands of Barbados, St. Lucia, Dominica, Martinique and Guadeloupe. The storm's center will move across the Lesser Antilles by Thursday evening on its current track.

Forecasters expect it to gradually weaken into a tropical depression after it crosses the island chain. In Puerto Rico, which was hit by Hurricane Maria last year and is still recovering from the storm, Kirk was expected to bring between 2 and 4 inches to the eastern part of the island. 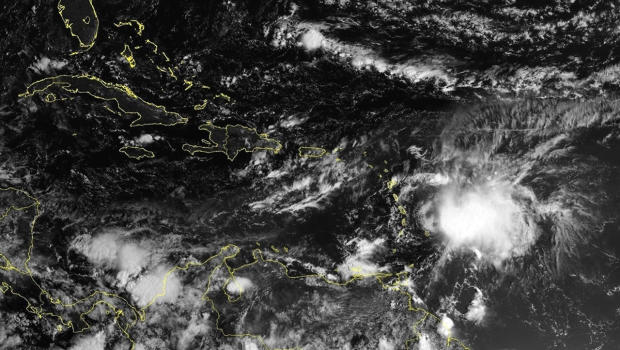 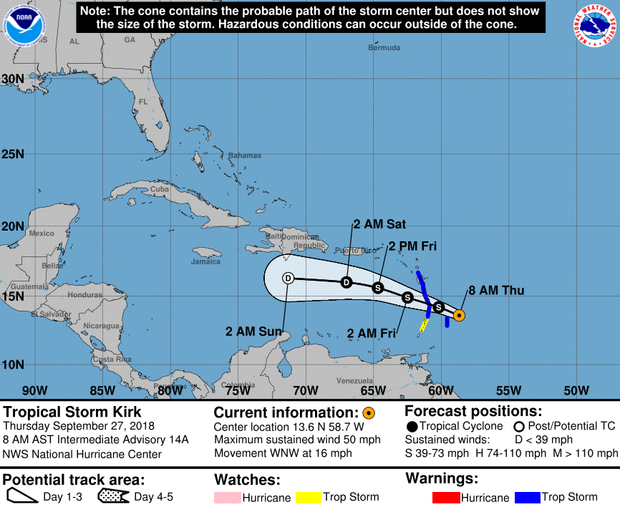 MasterCard and Starbucks to cover abortion travel for workers