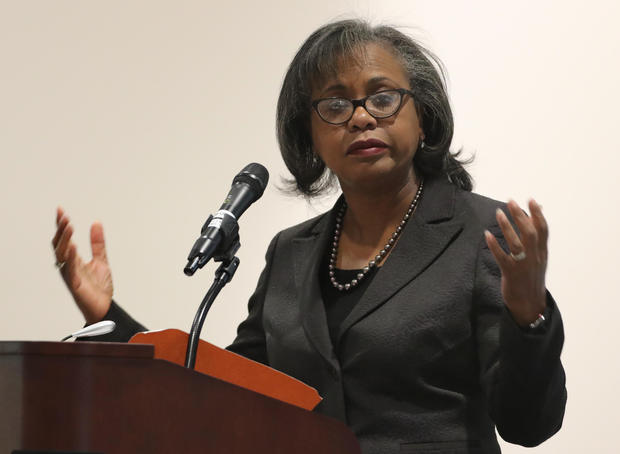 SALT LAKE CITY — Anita Hill said Wednesday her pivotal 1991 Senate testimony about sexual harassment by a Supreme Court nominee sparked a wave of awareness, but lasting change failed because of a lack of clear leadership and a reluctance to confront harsh realities. On the eve of another hearing where a U.S. Supreme Court nominee is facing allegations of sexual misconduct, she told a packed University of Utah audience at a preplanned lecture that the #MeToo movement has the opportunity to create long-term solutions.

However, that is going to require facing questions the nation has been reluctant to address, including the prevalence of the problem and the fact that abusers don't always look like stereotypical monsters, she said.

On Thursday, the Senate Judiciary Committee will hear from nominee Brett Kavanaugh and the woman who accuses him of sexual assault, Dr. Christine Blasey Ford. She says he attempted to rape her when they were teens. Kavanaugh has denied the allegations.

The hearing comes nearly 30 years after her testimony against Clarence Thomas, who was later confirmed to sit as a justice of the Supreme Court.

Hill said that when she came forward, she was thinking about the integrity of the court and the fact that justices have lifetime appointments.

"Access to equal justice for all is what was at stake in 1991, and it's what's at stake now," said Hill, now 62 and a professor at Brandeis University.

She criticized the decision to set a hearing for the Kavanaugh allegations without a thorough, neutral investigation and input from experts who can include context about things like delayed reporting of sexual assault, she said.

Some of the senators who questioned her remain on the Senate Judiciary Committee, including Republican Utah Sen. Orrin Hatch. She recalled how he read from a copy of the book "The Exorcist," suggesting a passage had inspired her to invent an allegation.

Hatch is again at the center of the process, supporting Kavanaugh and questioning why Democrats didn't bring forward allegations against him earlier. Hatch has also said the committee should hear from Ford, and "then we should vote."

She challenged the enthusiastic Utah audience, who gave her a spontaneous standing ovation at the start of her speech, to think about what they might do next if they're disappointed with how things unfold in the coming days. 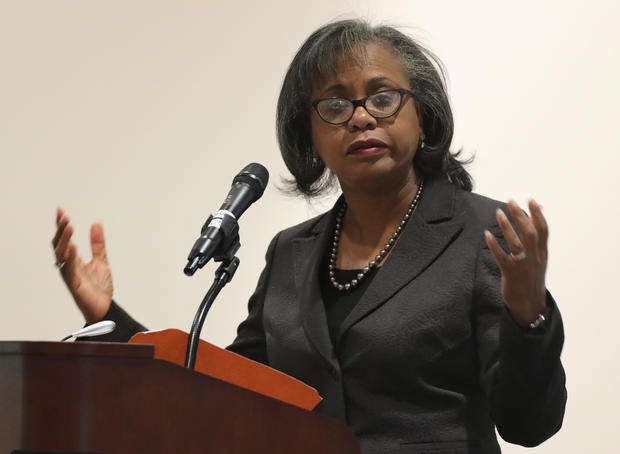 Got a tax extension? The deadline for filing is almost here.

Trump says he knows “nothing” about WikiLeaks despite 2016 praise