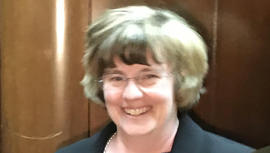 NEW YORK — The female prosecutor hired to question Dr. Christine Blasey Ford, will face a number of challenges during Thursday's testimony. Ford claims Supreme Court nominee Brett Kavanaugh held her down and assaulted her at a party in 1982.

Brought in by Republicans, prosecutor Rachel Mitchell comes from the Maricopa County Attorney's Office in Phoenix, where she heads the Special Victims Division, covering sex crimes and family violence. All of the Republicans on the Senate Judiciary Committee are men, so hiring Mitchell enables the the all-male majority to skirt any worries they might have about how it would look if they were doing the questioning, CBS News Nancy Cordes and Ed O'Keefe reported Thursday.

But CBS News legal analyst Rikki Klieman said the fact that Mitchell is a prosecutor doesn't work in their favor.

"The person they really needed here is a criminal defense lawyer, someone who cross examines accusers and props up the accused. So here this prosecutor is acting contrary to what she usually does," Klieman said.

As for the line of questioning, there may not be the kind of bombshell allegations that emerged when Anita Hill testified about sexual harassment against Clarence Thomas. That's because Thursday's testimony focuses on one specific event.

Crawford noted Thomas' chief sponsor in the Senate told Thomas to "just be yourself," and Kavanaugh's friends are telling him the same thing.

Ford is the first woman to accuse Kavanaugh of misconduct. Since her claims came to light, another woman, Deborah Ramirez, accused Kavanaugh of exposing himself to her at a party. Ramirez's attorney, John Clune told "CBS This Morning" his client would be willing to testify.

A third woman, Julie Swetnick, claimed under penalty of perjury in a document provided to the Senate Judiciary Committee that she had been gang-raped at a party in the 1980s, while Kavanaugh was present. She also said he engaged in "abusive and physically aggressive behavior towards girls," and would "spike" drinks at parties. 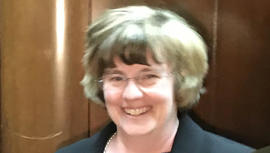