CBS News September 26, 2018, 11:29 AM Avenatti client says Brett Kavanaugh was present while she was "gang raped" during high school

Attorney Michael Avenatti revealed the identity of the third woman to accuse Supreme Court nominee Brett Kavanaugh of sexual misconduct, Julie Swetnick, whom he referred to as "courageous, brave and honest."

While Swetnick does not accuse Kavanaugh of assaulting her, she does allege that he and his friend Mark Judge were present at a party when she was gang raped by a series of boys after her drink was spiked.

Swetnick also says that Judge and Kavanaugh were among the boys who, at other parties in the early 1980s, spiked drinks in order to disorient girls and take advantage of them sexually.

Swetnick, who attended high school in Gaithersburg, Md. at the same time as Kavanaugh, says in a declaration posted by Avenatti that Kavanaugh, his friend Mark Judge, and others, in 1981-1982 used to "'spike' the 'punch' at house parties I attended with drugs and/or grain alcohol so as to cause girls to lose their inhibitions and their ability to say 'No.'"

She says she witnessed efforts by Kavanaugh and Judge to cause girls "to become inebriated and disoriented so they could then be 'gang raped' in a side room or bedroom by a 'train' of numerous boys." Swetnick says in her declaration, "I have a firm recollection of seeing boys lined up outside rooms at many of these parties waiting for their 'turn' with a girl inside the room. These boys included Mark Judge and Brett Kavanaugh."

Swetnick alleges that in 1982, she "became the victim" of one of these rapes "where Mark Judge and Brett Kavanaugh were present." She says she told at least two people what had happened — and she says she was incapacitated and "unable to fight off the boys raping me." Swetnick believes she was drugged with Quaaludes "or something similar placed in what I was drinking."

There were at least 10 house parties in the Washington, D.C. area that Swetnick says she attended, and Kavanaugh and Judge, whom she says were very close, were both in attendance, too. She says in her statement, "I observed Brett Kavanaugh drink excessively at many of these parties and engage in abusive and physically aggressive behavior toward girls, including pressing girls against him without their consent, 'grinding' against girls and attempting to remove or shift girls' clothing to expose private body parts."

She continues, "I likewise observed him be verbally abusive towards girls by making crude secual comments to them that were designed to demean, humiliate and embarrass them. I often witnessed Brett Kavanaugh speak in a demeaning manner about girls in general as well as specific girls by name. I also witnessed Brett Kavanaugh behave as a 'mean drunk' on many occasions at these parties."

Swetnick says that Kavanaugh's statement on Fox News about his sexual abstinence during high school "is absolutely false and a lie." She claims to have seen him "consistently engage in excessive drinking and inappropriate contact of a sexual nature with women during the early 1980s." 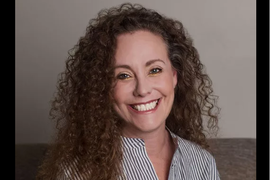 Marianne Williamson on bringing spirituality back into politics