Rashida Jones and Ezra Koenig reportedly welcomed a baby boy in August, E! reports. The actress, 42, and her boyfriend, 34, have been quietly dating since 2016, and stayed mostly mum about the relationship.

E! reports that Jones gave birth to her son, Isaiah Jones Koenig, on Aug. 22. It appears that Jones has hidden her baby bump at events for the past several months with flowing dresses and tops.

Jones co-wrote and co-directed new documentary "Quincy," which debuted on Netflix last week. On Tuesday, she appeared at an event event to honor her father called "Q 85: A Musical Celebration for Quincy Jones," presented by BET Networks in Los Angeles.

In 2014, Jones told The Guardian that she did have a "princess fantasy" about getting married, but she said she made peace with being single.

"I had the full princess fantasy: the white horse, the whole being saved from my life, which is ridiculous," she said. "What do I want to be saved from? My life's great! But it's just this weird thing that's been hammered into my head culturally: that's the only way to succeed, that's the only thing that counts for a woman. I'm happy, but the fact that I'm not married and don't have kids – it's taken me a long time to get to a place where I actually am OK with that, where I actually don't feel like I'm some sort of loser." 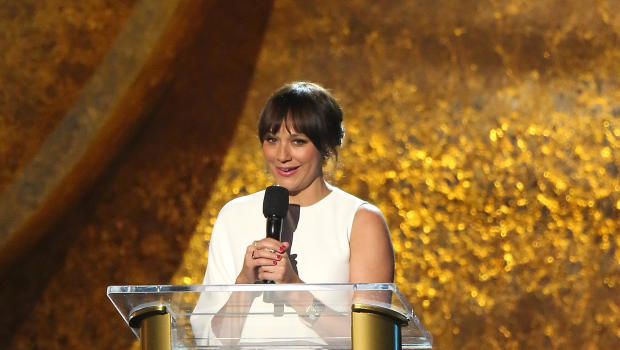 Kim Kardashian hits back at Drake