It's been nearly three years since viewers met Steven Avery and Brendan Dassey on Netflix's hit true crime show, "Making a Murderer," and the series is coming back for a second season in October. Netflix announced on Tuesday that the show will premiere on Oct. 19 with 10 new episodes.

The first season focused on Avery, who spent 18 years in prison for a rape before he was exonerated by DNA testing. After he was released, he filed a civil suit over his conviction, but in 2005, he and his nephew, Dassey, were arrested for and convicted of murdering photographer Teresa Halbach in Manitowoc County, Wisconsin. Avery says he was framed, and Dassey says his confession was "made up." The second season will explore the post-conviction process and the emotional toll it takes on Avery, Dassey and the people around them.

Viewers will also meet Kathleen Zellner, Avery's post-conviction lawyer, in Season 2, who is trying to prove that Avery was wrongfully convicted. A press release from Netflix says Zellner "uncovers unexpected evidence about what may have happened to Teresa Halbach and about how and why the jury convicted [Avery] of her murder."

"Steven and Brendan, their families and their legal and investigative teams have once again graciously granted us access, giving us a window into the complex web of American criminal justice," said executive producers, writers and directors Laura Ricciardi and Moira Demos in a statement. "Building on Part 1, which documented the experience of the accused, in Part 2, we have chronicled the experience of the convicted and imprisoned, two men each serving life sentences for crimes they maintain they did not commit. We are thrilled to be able to share this new phase of the journey with viewers."

In June, the Supreme Court said it would not take Dassey's case, leaving in place a lower court ruling against him. Dassey was 16 years old when he told Wisconsin police that he and his uncle raped and murdered Halbach before burning her body in a bonfire. Dassey's attorneys, however, say he's borderline intellectually disabled and was pressured into a false confession. They wanted his confession thrown out and asked for a new trial. 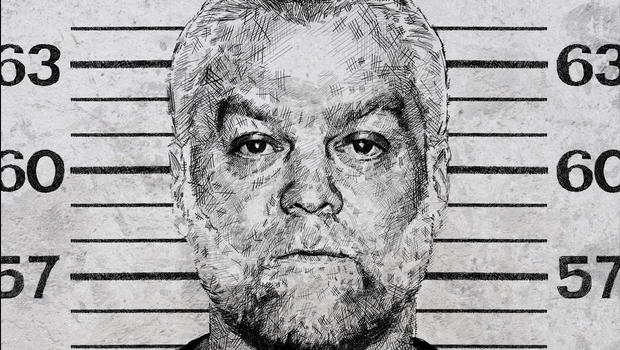