NORRISTOWN, Pa. — Bill Cosby will serve his sentence at a new state prison in the Philadelphia suburbs where he's being housed in a single cell near the infirmary, according to Pennsylvania corrections officials. The prison system assigned Cosby inmate number NN7687.

The Department of Corrections provided details of Cosby's incarceration Wednesday, one day after the 81-year-old comedian was sentenced to three to 10 years for drugging and sexually assaulting Andrea Constand at his home nearly 15 years ago.

Corrections Secretary John Wetzel said the prison's long-term goal is to place Cosby in the general population. Under prison policy, he'll be allowed phone calls and visits and will get a chance to exercise.

The $400 million prison, SCI Phoenix, opened two months ago and is located about 20 miles from Cosby's gated estate.

Wetzel said the prison is "taking all of the necessary precautions" to ensure the celebrity's safety.

More than 60 women have accused Cosby of sexually assaulting them. He will now have to register as a sex offender for the rest of his life. Legal experts told CBS News that Cosby will likely be in prison at least a year before he sees any action on an appeal. Cosby's spokesperson, Andrew Wyatt, said his client will appeal.

CBS News' Jericka Duncan spoke with one of the prosecutors, Kristen Feden. After Cosby's sentence was handed down, Feden said she asked Constand if she was happy with the outcome. "And she said 'yes.' And that meant the world to me," Feden said.

"I believe that I was part of a very important case and I had a team of people to help me. I had, as I have in many cases, a very strong and courageous victim." 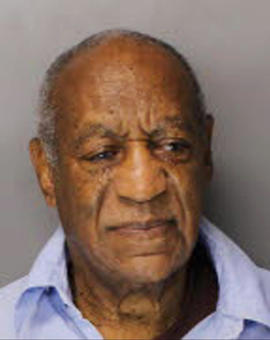