U.S. Border Patrol Chief Carla Provost says she hopes she can inspire other women to sign up with the agency, which has just one female agent for every 20 men.

"If you're a woman in law enforcement, I don't care where you're at, you're a minority," Provost told The Associated Press in an interview.

Provost, who joined the agency in 1995 and became its acting chief in April 2017, took over last month as the first female chief in its 94-year history.

The Border Patrol and its 19,000 agents have been under a constant spotlight. Curbing immigration remains at the top of President Donald Trump's priorities, and the administration plans to add 5,000 Border Patrol agents.

The agency has come under fire for its checkpoints within 100 miles of the border. And it faced withering criticism for its role in the administration's zero-tolerance policy this spring that resulted in the separation of nearly 3,000 migrant children from their parents. It's the subject of federal litigation on holding facilities where migrants complain of freezing temperatures, inedible food and overcrowding.

Earlier this month, a supervisor in Laredo, Texas, was arrested on allegations he killed four women. Provost placed him on unpaid suspension and said she was "sickened and saddened" by the alleged acts of a "rogue individual."

"I would hate for this to tarnish the great work that those men and women do," she said at a news conference aside Texas law enforcement.

Provost is also dealing with increased arrests at the southwest border — a possible marker that more people are coming in illegally and one that roils the Trump administration and the president himself. But for all the controversy surrounding her agency, she is not a controversial figure. Her appointment didn't require Senate confirmation and immigration advocates and Democratic lawmakers critical of Trump's policies haven't criticized her.

Provost is personable and deeply knowledgeable about the Border Patrol. She started as an agent in Douglas, Arizona, after a short tenure as a police officer in Kansas, where her detail included breaking up fights at bars. She said she wanted to get into federal law enforcement and had never been to the border before joining the agency.

Back then apprehension was mostly just returning people over the line. They'd turn around and come right back, Provost said, and she'd catch the same group three times a night. She liked the work, but it was frustrating.

"And I think the difference then, too, is we didn't deliver any consequences," she said.

The only way someone was fingerprinted was if the person was recognized to be a smuggler, Provost said.

"And you took him into the station, rolled their prints, faxed them off to the FBI," Provost said. "What were we really accomplishing then?"

She said being a woman in a largely male organization didn't cause her problems.

She worked in top management positions in El Paso, Texas, and El Centro, California, before transferring in 2015 to headquarters, where she focused on efforts to clamp down on corruption, misconduct and mismanagement.

"There is no one more suited to lead the Border Patrol," U.S. Customs and Border Protection Commissioner Kevin McAleenan said after her appointment.

Even without the public pressure, recruiting for the job is difficult, Provost said. Agents must undergo a detailed background investigation, plus a polygraph exam with an average 28 percent pass rate.

"The majority of my personnel are working along the southwest border. I can't compete with a police department where you can live in the city you were born and raised in," she said.

Provost said the agency also struggles with available child care, education and access to medical care in the most remote locations. But she said agents are now allowed to move around after a few years, a big change she hopes will result in more people willing to start off in a remote post and transfer to a border city. 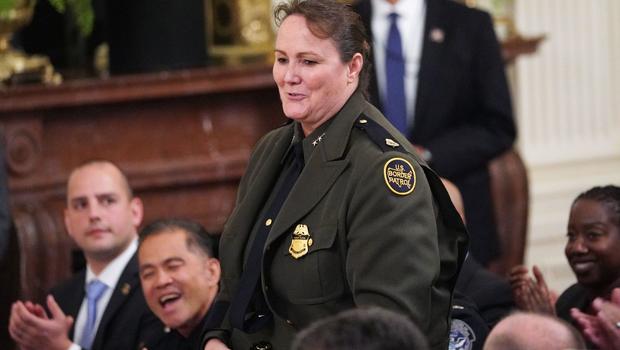 IMF's chief economist on the impact of the COVID-19 pandemic

Everything to know about the first Democratic debate