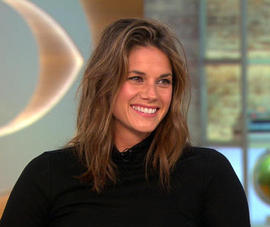 "Taking this job scared me so much because I knew that I was going to be going head into some of the most traumatic and difficult situations," Peregrym told "CBS This Morning." "I'm really, really proud to portray these people who are on the ground, who work tirelessly to sacrifice with their families and their emotional well-being, honestly, to face these things."

Peregrym said she has always had "a lot of respect" for law enforcement, but her role offers a new light.

"I think it's a huge sacrifice to be going out and you have no idea what's going to happen to you," Peregrym said.

Peregrym, who has portrayed a rebellious gymnast in "Stick It," a police officer in "Rookie Blue," and a vampire hunter in "Van Helsing," said she has passion for justice.

"It means I like the truth, and I want the right thing to be done when something wrong has happened. And I want people to be heard. I really think it's valuable, and that their heart is seen. In all of these episodes, this is what we're dealing with," Peregrym said.

She also shared how she prepared for her role.

"We have 'Dan the man,' as I nicknamed him, on set. He's an ex-FBI agent and he kind of takes us through how to do things. More interrogation stuff and how you deal with people, which I find fascinating, there's tactics with that and how to get the truth," she said.

Watch the season premiere of "FBI" Tuesday night at 9/8c on CBS. 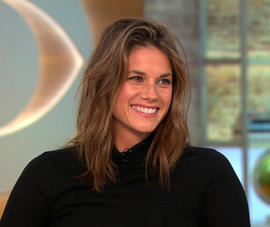