In a swift meeting Monday night, Beauregard apologized for the attention the resolution brought to the town.

"There is clearly a large gap in how we perceive things," he said. "This is something that has to be worked on by both sides."

No public comment was allowed at the meeting, and all five town council members voted to withdraw the resolution.

Despite the withdrawal, Beauregard said his opinions of Nike and Kaepernick haven't changed.

"I still believe that people who have truly sacrificed everything and whose faces should be on a poster are those officers who have given their lives in the line of duty. And not someone who mocks their very existence," he explained at the meeting.

"It would have been better if the 'apology,' which it wasn't an apology, if it was more humble and more reflective of self-reflection as humility," said Cynthia Roberts, who organized a peaceful protest that was held outside prior to the meeting. "It didn't represent any of that. That was disappointing to me."

The resolution prompted criticism from the local American Civil Liberties Union and the NAACP, whose president called it "political grandstanding."

Beauregard, a former state trooper, says he believes the resolution "had nothing to do with race" and his views haven't changed, but says he doesn't want to drag anyone into his fight that didn't choose to be in it.

Providence NAACP President James Vincent, who was at the protest, said the resolution should never have been considered to begin with. Kaepernick is representing Nike, Vincent said, because of "the issue of police brutality and racial inequality in this country." 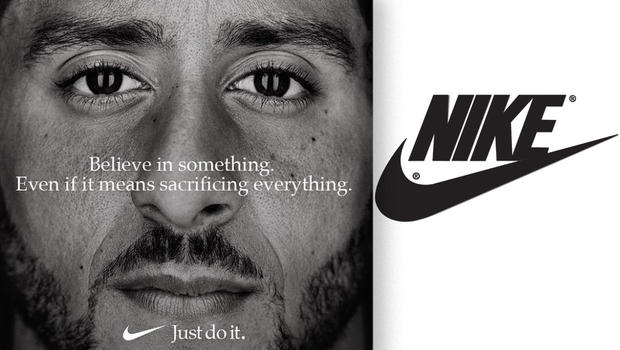