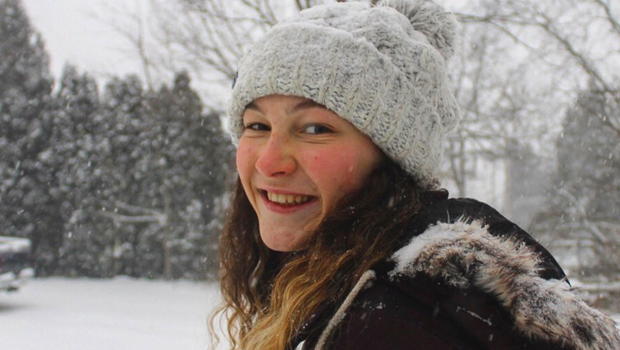 Find more information about suicide prevention at the bottom of this page.

The home video will look so familiar to so many parents: a sweet little girl singing and dancing her way to her teen years, recognized for achievements outside the home and thoroughly cherished inside it.

But the full story of Alexandra Valoras' life is more terrifying than familiar. Just weeks after a family ski vacation, the 17-year-old high school junior, straight A-student, class officer and robotics whiz made her bed, tidied her room and walked to a highway overpass in Grafton, Massachusetts. She jumped off the edge.

"I leaned over the embankment and looked down, and I saw her," said Dean Valoras, her father. "I was just hoping for warmth. Do you know what I mean? But there was no warmth, there was none. And all the cars kept driving by. My daughter's on the side of the road, nobody saw this. And she's cold."

On the overpass, Dean and his wife Alysia found two journals their daughter left behind.

"There was just so much joy in everything she did, and it doesn't match what was in that journal," Alysia Valoras said.

There were 200 pages of self-loathing and despair. She had written things like "you are broken," "you are a burden," "you are lazy" and "you're a failure."

It was such a sharp and confusing contrast to the girl they thought was their happy eldest child, who strummed her way through adolescence and still talked to her parents.

"It just doesn't seem possible. But it's what reality was. Because it's written right here," Dean Valoras said.

Teen suicide is now at a 40-year high for young women Alexandra's age. It is now the second leading cause of death for 15 to 24 year olds of both sexes. That's why Dean and Alysia Valoras are speaking publicly about a pain that most would keep private, headlining suicide prevention walks and giving in-depth interviews about their daughter's death.

"The hurt, the sadness is evolving and now there's this thing called living, so that I am a good father, a good husband, and a good person," Dean Valoras said.

They hope that by sharing the story of their daughter, another family might be spared this trauma.

"There's a lot of other kids out there that are like her, that are high achievers, that are balancing a lot," said Alysia Valoras. "That's what makes her very relatable, and why maybe it's affecting people, and why they are listening, because I have a child like this too."

In her final journal entry, just hours before she killed herself, Alexandra wrote: "Don't blame yourselves for not seeing warning signs." In that pain is also what her parents hope to salvage from her death.

In June, the morning after The Boston Globe published a story about Alexandra's death, Dean and Alysia found a note on their doorstep: What you have said in Alexandra's article truly changed my life, knowing that families are talking to their kids about their mental health.

"It lets me know she didn't die in vain," Alysia said. "She's having such a huge impact, and that feels really good."

Health officials recommend that everyone familiarize themselves with the warning signs of suicide, which may include:

Visit the website of the National Suicide Prevention Lifeline for more information. 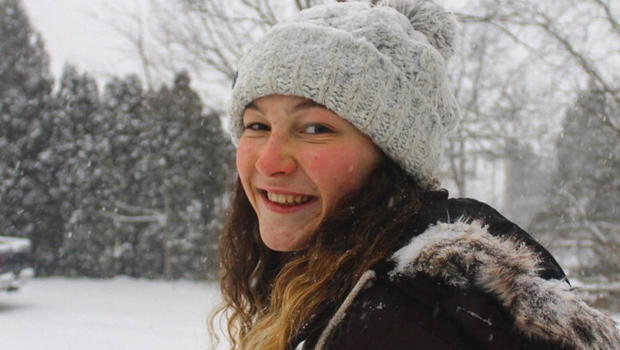 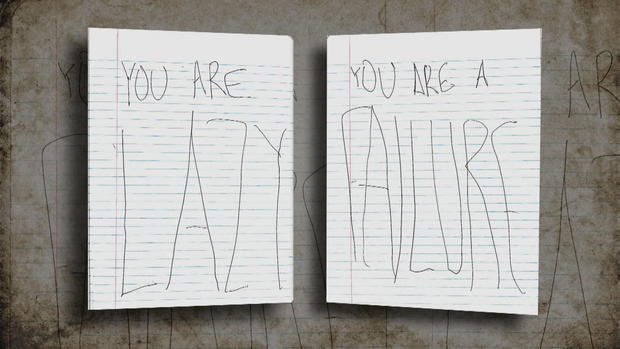