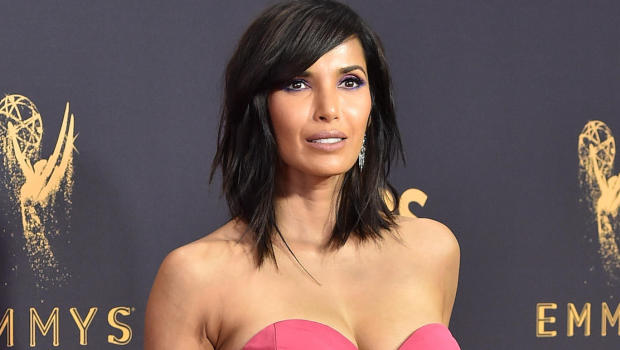 By Andrea Park CBS News September 25, 2018, 3:30 PM Padma Lakshmi writes op-ed about being raped at 16 and why she stayed silent

TV personality Padma Lakshmi is speaking out for the first time about being raped as a teen, and says "I understand why a woman would wait years to disclose a sexual assault." She decided to go public after President Donald Trump questioned why Dr. Christine Blasey Ford did not come forward with her accusations of sexual assault against Supreme Court nominee Brett Kavanaugh earlier. Lakshmi writes in an op-ed for The New York Times that she was raped by her boyfriend when she was 16, and that she did not report it because she believed it was her own fault.

Lakshmi said she had been dating the 23-year-old for several months and that he knew she was a virgin. On New Year's Eve, they went to two parties and she was so tired she fell asleep at his apartment. "You may want to know if I had been drinking on the night of my rape. It doesn't matter, but I was not drunk," she writes.

"The next thing I remember is waking up to a very sharp stabbing pain like a knife blade between my legs," she writes. "He was on top of me. I asked, 'What are you doing?' He said, 'It will only hurt for a while.' 'Please don't do this,' I screamed."

Lakshmi called the pain "excruciating" and said she cried while he penetrated her. She writes, "Afterward,he said, 'I thought it would hurt less if you were asleep.' Then he drove me home."

Lakshmi said she did not tell any adults because "we had no language in the 1980s for date rape." She imagined that people would ask her what she was doing at his apartment anyway, and pointed out that when she was molested as a 7-year-old and told her parents, she was cast off to India to live with her grandparents.

She talked about the dissonance she felt from the trauma, writing, "I'd always thought that when I lost my virginity, it would be a big deal — or at least a conscious decision. The loss of control was disorienting. In my mind, when I one day had intercourse, it would be to express love, to share pleasure or to have a baby. This was clearly none of those things." She said it took her "decades" to talk about the rape with partners and therapists.

Lakshmi, taking direct aim at those who say Kavanaugh's alleged actions took place a long time ago, writes, "Some say a man shouldn't pay a price for an act he committed as a teenager. But the woman pays the price for the rest of her life, and so do the people who love her." (Kavanaugh has denied the allegations.)

Lakshmi said that as a mother, she has repeatedly instructed her daughter to speak out if anyone touches her inappropriately. She closed her essay by saying that she hopes "daughters never know this fear and shame and our sons know that girls' bodies do not exist for their pleasure and that abuse has grave consequences."

And she adds, "Those messages should be very clear as we consider whom we appoint to make decisions on the highest court of our land." 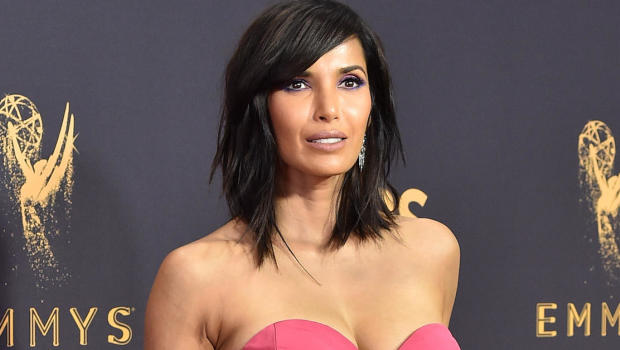