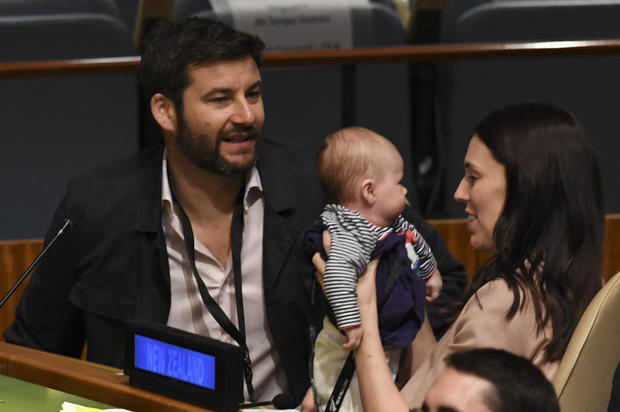 NEW YORK — An unexpected scene in the audience at the 73rd United Nations General Assembly may end up doing more good than all the big political speeches combined.

Meet 3-month old Neve Ardern Gayford, daughter of New Zealand Prime Minister Jacinda Ardern, just the second world leader to give birth while in office. Now she's also become the first to bring her baby to the United Nations, complete with her own baby name tag.

You could call it a canny political moment for Ardern who rose to power last year, defending the rights of working mothers and then promptly became a working mother herself.

But at a time when women are still fewer than a quarter of all elected officials worldwide, it's obvious why the pictures of her with her baby matter. Perhaps less obvious is a key reason why it all seems to work.

Clarke Gayford is Ardern's partner and a TV-host-turned-stay-at-home dad for Neve. While mom was working, he was quietly breaking down some gender barriers of his own, proudly changing diapers on one of the world's biggest stages.

"I wish I could have captured the startled look on a Japanese delegation who walked into a meeting room in the middle of a nappy change," he wrote. "Great yarn for her 21st."

Not a bad yarn for the rest of us either. 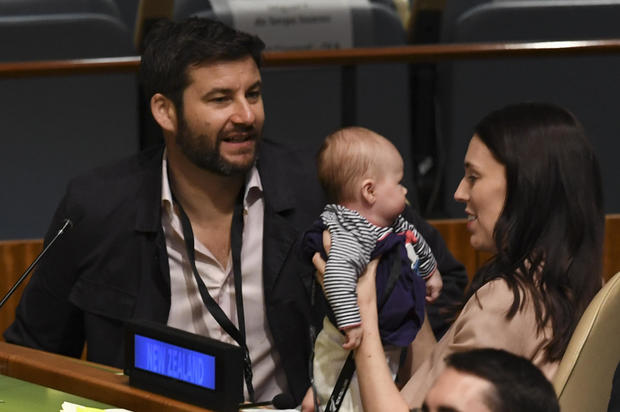