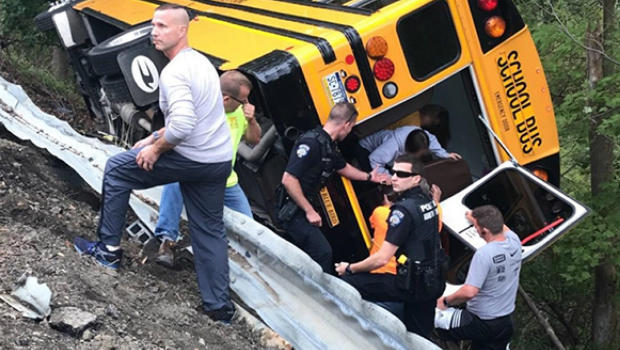 MARS, Pa. — More than two dozen students were sent to the hospital after a school bus overturned Monday in Butler County, CBS Pittsburgh reports. According to emergency dispatchers, the crash happened around 3 p.m. along Route 228.

The Mars Area School District released a statement saying all students on board were examined by emergency medical personnel and have been released.

The school district had contacted the parents of all students who were on the bus at the time of the accident.

According to Pennsylvania Department of Transportation, the school bus was traveling westbound in a construction zone on Route 228 when the right side of the bus clipped a cushion on the end of a concrete barrier.

The bus driver then lost control, hit the guardrail and went over the embankment, the Department of Transport said.

She says she didn't realize the bus was about to flip on its side.

"I didn't really know. I was on my phone," Smith said. "I just heard a weird noise, and it was all a blur. We just went over."

She said there wasn't any screaming, but plenty of crying afterward.

Of course, parents hearing about it had some frightening moments.

"I was terrified," Ruth O'Donnell, Meghan's mom, said. "I had no idea at that point if she was safe." 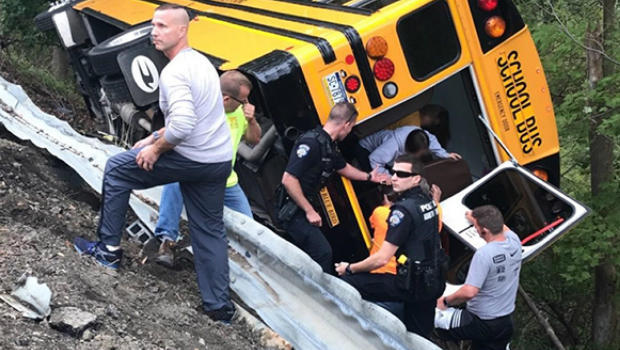 Twins who ran for office in opposing parties talk about Trump