Flight of the Conchords, New Zealand's "fourth most popular folk duo," are making their comeback. Members Jemaine Clement and Bret McKenzie appeared on the "Late Show" Monday night to perform their new song, "Father and Son," and also to plead for a dinner with New Zealand Prime Minister Jacinda Ardern.

Clement and McKenzie explained to Stephen Colbert that they've been busy since their HBO show wrapped in 2009, but they're returning to HBO with a special in October. They also said that they enjoy being in New Zealand because no one cares who they are there. In fact, they said that the only people who get excited to see them in Wellington are tourists.

Upon learning that Ardern would be appearing on the "Late Show" on Wednesday, McKenzie asked, "Why don't you ask her to ask us if we can come around for dinner, maybe at her place?"

McKenzie and Clement looked straight at the camera, and McKenzie opened, "Hi Jacinda."

Clement said, "We have an important question for you: Can we come for dinner?"

The duo later played their new song, a dark duet about "a guy and his little guy" and a man named Trevor. Watch their performance below.

"Flight of the Conchords: Live in London" hits HBO on Oct. 6. 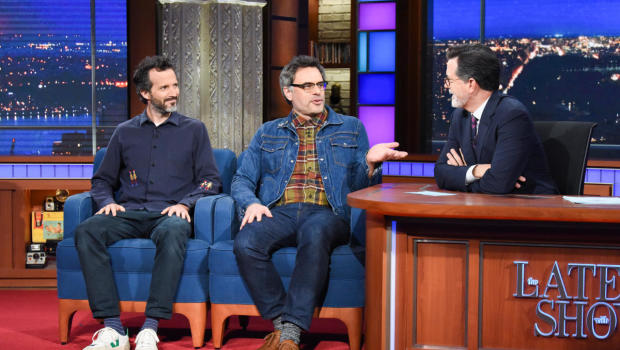