By Aimee Picchi MoneyWatch September 25, 2018, 3:00 AM Best college majors to get a high-paying job

A student's major as well as their college can make a significant impact on their career earnings, according to a new study from compensation site PayScale.

The research addresses one of the most pressing questions for students and their parents: Is a college education worth the often eye-popping investment? The answer, however, may depend on whether a student majors in a top-earning field like petroleum engineering, in which a graduate can earn almost $83,000 right after packing up their dorm room, or attends a college with a brand name and strong alumni connections.

Not surprisingly, the top-earning majors are squarely in the STEM-related fields, or science, technology, engineering and mathematics. Students who attend top-ranked schools like Ivy League colleges or those known for particular expertise, such as the U.S. Naval Academy, also tend to earn more than those who matriculate from middle-of-the-pack colleges.

But is it important to attend an elite or expensive college? Not necessarily, said Lydia Frank, vice president of content strategy at PayScale. For instance, a student who wants to study engineering — already a top-paying field — may not be hampered in her career if she attends a lower-ranked college because engineering skills are in strong demand.

But a student who wants to major in a lower-paying field like education may want to consider the impact of their college's name recognition and alumni network.

Because many of the top-paying majors are in the STEM fields, which males students tend to dominate, it raises questions about gender bias and whether women are steered throughout their lives into lower-paying fields, such as education or the arts.

But the problem is knotty, Frank noted. For instance, researchers have found that when women enter a male-dominated field, pay for those jobs declines. Systematic bias, such as social messages that tell girls they aren't inherently good at math or science, can be hard to battle, even as it leads to occupational sorting, with young women choosing lower-paid careers and young men opting for higher-paying fields.

As for the old-fashioned liberal arts degree, Frank said there's still demand for the types of skills that students learn in such majors.

"It's about critical thinking and communication skills," she said. "When we ask employers about skills that are lacking in new college grads, we thought it would be technical skills. But what we hear from employers is often the new hires right out of college are lacking things that you think everyone in college should graduate with, which are communication skills and critical thinking." 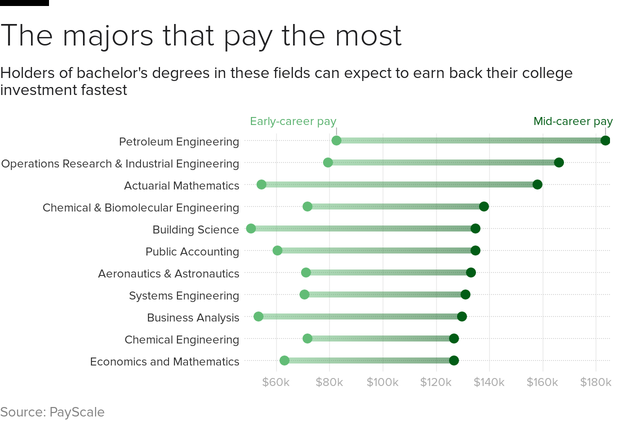 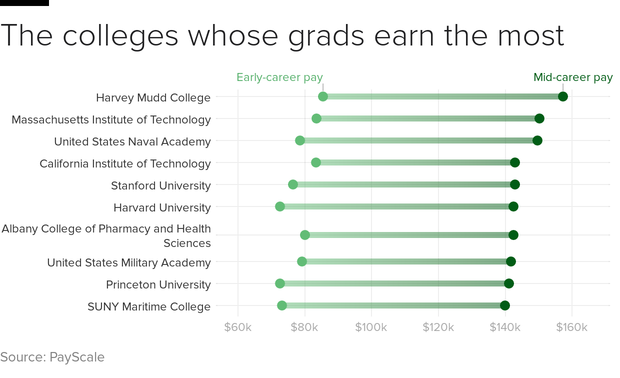 KFC honors a communist hero with a themed outlet in China