By Irina Ivanova MoneyWatch September 24, 2018, 8:41 AM Working while high? Not really a thing, it turns out, in weed-legal states

Since Colorado legalized marijuana, the state has become a popular destination for so-called weed tourists. Johnny Welsh, a writer and bartender in Frisco, Colorado, a Rocky Mountain town near Vail, remembers when he would have the entire fall off work. "The restaurants closed, and you could travel the world," he told MoneyWatch, somewhat wistfully.

But while the tourists might be there to consume recreational pot, the same isn't true for the workers. Despite generally loosening standards, Coloradans aren't showing up in droves for work while high, according to drug-test data.

Nationwide, the rate of workers testing positive for drugs has increased over the past decade, according to Quest Diagnostics, a major drug-testing laboratory. It has also risen in states that have made the drug legal. But the rate of increase has been about the same across the two categories, said Barry Sample, Quest's senior director for science and technology.

When Colorado and Washington state legalized recreational marijuana, a short-lived spike occurred in the rate of positive drug tests, but it has since tapered off. "The rate of change in 2017, as compared in 2016, is essentially the same," Sample said.

The exception, he added, was Nevada, where recreational weed became legal in 2016. That year, 2.09 percent of tests came back positive for the drug, but that number jumped to 2.98 percent the year after.

To be sure, there are caveats around the data. Drug tests say nothing about the rate of drug use among workers who aren't tested, and reports indicate that this group is growing in size, a confluence of loosening social attitudes and a relatively tight labor market. And a positive drug test won't tell you if a worker is under the influence, Sample said.

"We really can't say if people are coming to work high," he said. "There's no workforce drug test — alcohol is another matter — that will do that."

Questions over drug tests' usefulness were one of the factors that prompted ResumeGo, a 30-person company headquartered in Massachusetts that offers resume-writing services, to drop its drug-testing requirement. Another was the state's legalizing recreational weed in 2016.

"With the costs and hassles associated with it all, we just thought it wasn't worth doing anymore," said CEO Peter Yang. "The reality is, we simply don't care what our employees do in their spare time as long as it's not negatively impacting their work."

Welsh, the Colorado bartender and writer, works in two upscale restaurants, neither of which test for marijuana, he said. Welsh described the workplace attitude toward weed as akin to alcohol. "The owners, they know what's going on, and as long as you're not out of control in your job, it's fine," he said.

For at least one co-worker, who had a tendency to stress a lot, smoking during his shift actually improved performance, Welsh said.

"He'd wait tables, and he'd get irritable if something took a long time. He'd get cranky. So he'd go out and hit a bowl, and then he'd come back," Welsh said, adding that the customers were none the wiser.

Welsh, the author of "Weedgalized in Colorado: True Tales from the High Country," said he enjoys an occasional cannabis-infused gummie after his shift, but never during: "When I'm at work, I want to work. And I want to enjoy myself elsewhere." 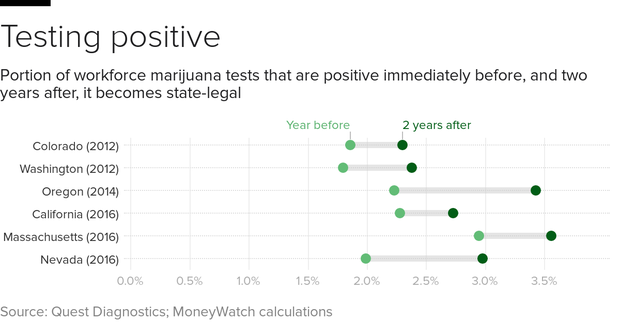 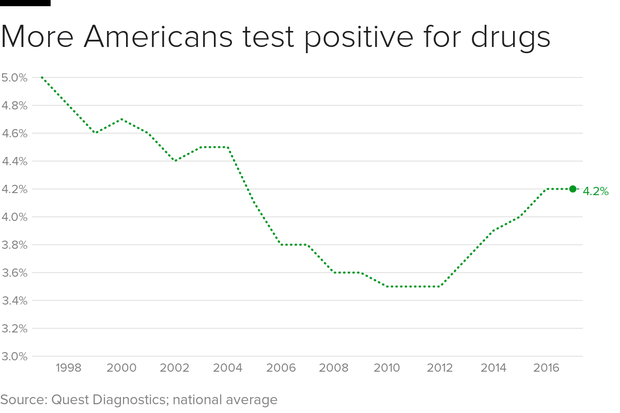 Transgender Day of Remembrance to be marked amid deadly year

Lime warns that its electric scooters can brake without warning