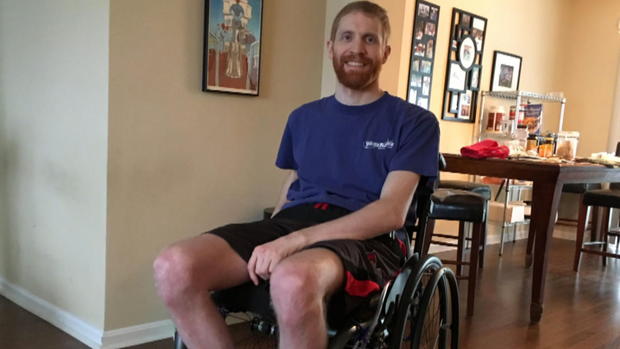 In 2011, Jeff Marquis crashed his bike on a mountain trail in Montana, leaving him paralyzed from the chest down. A once-active athlete and professional chef, Marquis needed constant care.

But today Marquis can walk again, something people with paralysis can only imagine. He can do it because of a remarkable new experimental device, a type of electrical stimulator.

Marquis, now 35, was one of four patients who spent months doing intensive physical training at the University of Louisville Spinal Cord Injury Research Center. He said first he got his right foot moving and then his left.

"It's certainly a welcome change from being in a chair all the time and kind of a ray of sunshine into my prognosis," Marquis said.

He walked the length of one football field without rest, and then almost a quarter of a mile — over a one-hour session.

"It takes so much concentration that I don't get emotional in the moment," Marquis said. That is, until he told his parents.

"I showed them the video because I knew I wouldn't, excuse me… because I couldn't get the words out," he said.

"They are able to walk independently, its not the same as before the injury, but it's a significant level of recovery," said Susan Harkema, who directs the research.

Marquis said he now has more energy and no longer needs daily help at home. Researchers now hope to perform larger studies with more patients. But this technology is still years away from wide scale use. 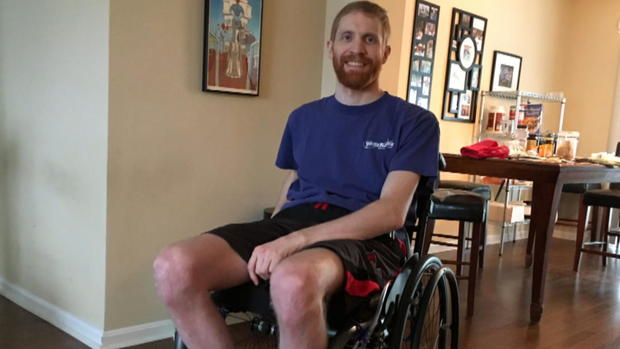 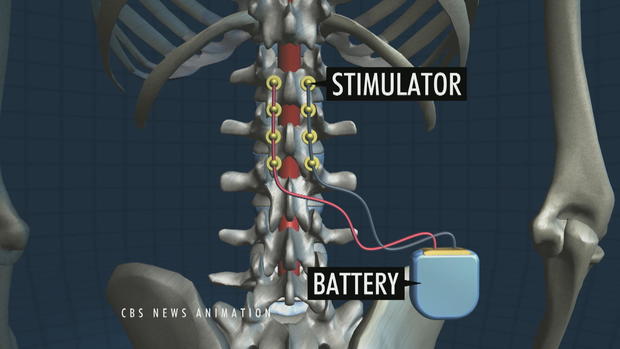