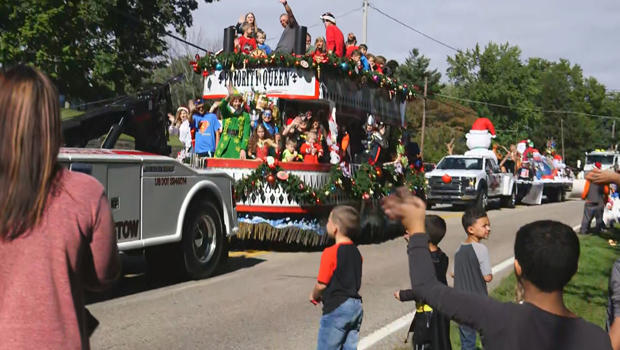 An Ohio town rang in the holiday season early this year, for a very special cause. On Sunday, in the Cincinnati suburb of Colerain Township, 2-year-old Brody Allen celebrated Christmas.

"You come at night and the whole street is, like, lit up, and it's amazing to know that it's all for Brody," said Shilo Allen.

Last month, Brody's parents Shilo and Todd learned their son's brain cancer had advanced, and that he only had two months to live.

"They go through all the questions, like, you know, we can [do] radiation, but radiation would just destroy him because he's 2," said Shilo. "Clinical trials they can look for, but it won't really give us any more time. I wanted to bring him home."

During a difficult night, Todd played a video of "Rudolph the Red-Nosed Reindeer" for Brody on his phone. "He actually fell asleep, and it calmed him," Todd said. "Watching him enjoy that moment, I was like, 'OK bud, we're gonna do Christmas!'"

The Allens decided to celebrate Christmas in September. They turned to Facebook to ask neighbors for help, and the community responded.

Neighbors put up lights, Santas, and giant snow globes on their front lawns.

CBS News correspondent and CBSN host Vladimir Duthiers asked, "Do you think about the idea that, this would be great if everybody treated each other like this all the time?"

But the support didn't stop there. Christmas cards started arriving at the Allens' home.

Duthiers asked, "What has this all done for you all as a family?"

"It's renewed my faith in humanity and people," Todd replied.

Brody is one of six kids. Duthiers said to his oldest sister, McKenzie, "[Brody] doesn't know that he's sick. For him it's just a normal day – you're the ones that are, in a way, suffering perhaps more than he is."

"He carries everybody else," McKenzie said. "He keeps us happy. He keeps us in a good mood."

And this community kept Brody happy on a warm autumn day by making it a very merry Christmas. 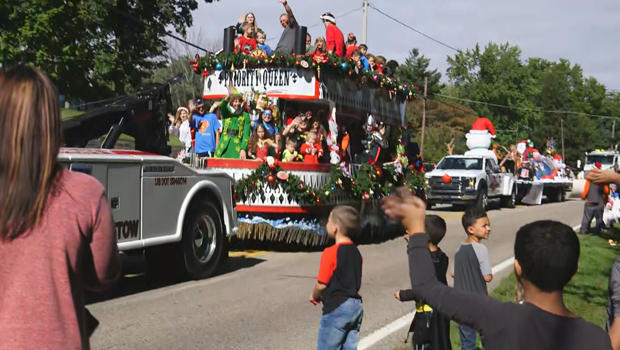 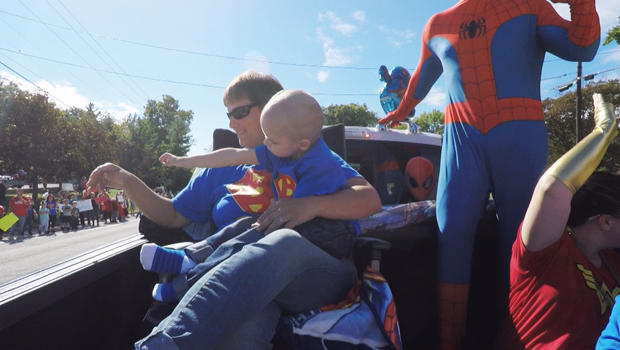 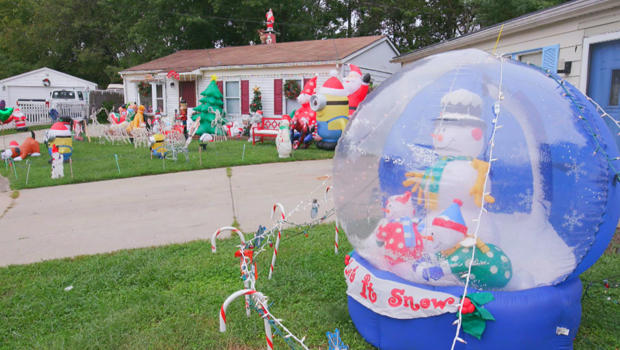 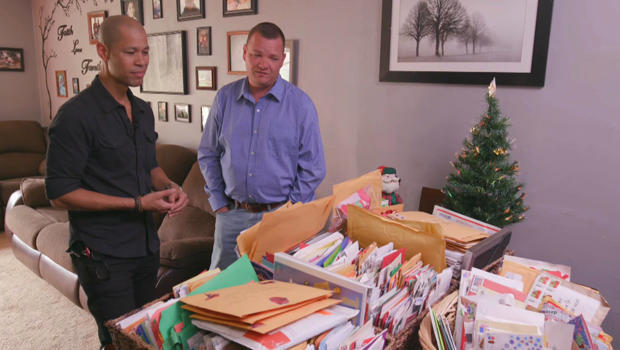 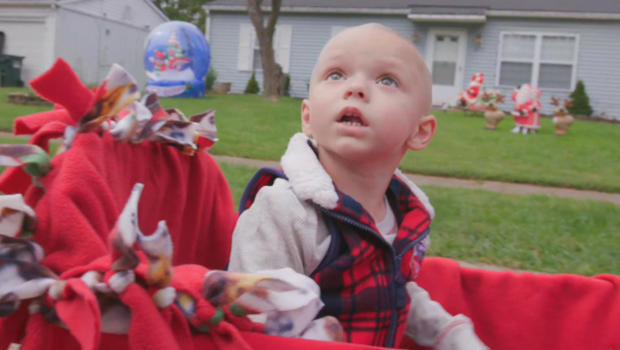