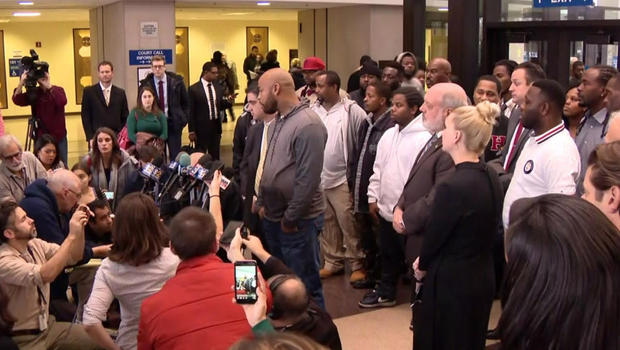 CHICAGO — A judge has cleared 18 more men of drug convictions that resulted from investigations by a corrupt Chicago police sergeant and his crew of tactical officers, reports CBS Chicago. The exonerations brought to 42 the total number of overturned convictions linked to then-Sgt. Ronald Watts since 2016, the Chicago Tribune reported.

The latest reversals all involve drug cases brought between 2003 and 2008, court records show. The defendants received sentences ranging from probation to four years in prison, so any that were locked up were released long ago.

Cook County State's Attorney Kimberly Foxx, who requested the cases be tossed, apologized to the men who were cleared on Monday. She said she hopes dismissing their cases rights wrongs of the past, and proves to the community that the justice system works.

"We could not stand behind the integrity of these cases because of the behavior of Mr. Watts," Foxx said, according to the the Chicago Tribune. "When things have gone wrong, we have to actively work to fix them."

The Conviction Integrity Unit at Foxx's office is still working on dozens of cases tied to Watts, trying to determine if any other convictions were the result of frame-ups.

The 18 cases dismissed Monday include one in which the defendant alleged that Watts had framed him for narcotics possession because his brother had failed to pay $5,000 in protection money.

Many such allegations that Watts and his crew extorted drug dealers and residents swirled around them for years, despite complaints to the police department and statements made during court hearings.

Joshua Tepfer, who represented 12 of the men whose cases were dismissed Monday, said the fact that Watts was allowed to operate for so long even though his corruption was an "open secret" among police leadership illustrates a "total failure of the system."

"My clients told everyone about it, and no one believed them," said Tepfer, an attorney for the Exoneration Project at the University of Chicago Law School. "They told police investigators, they told judges, defense attorneys and prosecutors. Their complaints were dismissed and ignored."

Dozens of men and women have said Watts and his team terrorized them in or near the former Ida B. Wells housing project in Bronzeville between 2003 and 2008, CBS Chicago reports. Watts and his officers allegedly planted drugs on suspects and falsified police reports.

Watts and another officer were arrested in 2012 when they shook down a drug courier who turned out to be an FBI informant. Both pleaded guilty and were sentenced to federal prison. Watts, who received a 22-month term, was released in 2015 and later moved to Las Vegas, records show.

Men whose convictions were dismissed have filed at least 23 wrongful conviction federal lawsuits against Watts and the city. Those cases are pending, and the new dismissals Monday will likely lead to more lawsuits.

Chicago's troubled police force has been involved in series of scandals in recent decades and misconduct settlements, verdicts and legal fees that have cost the city more than $700 million in the last 15 or so years. 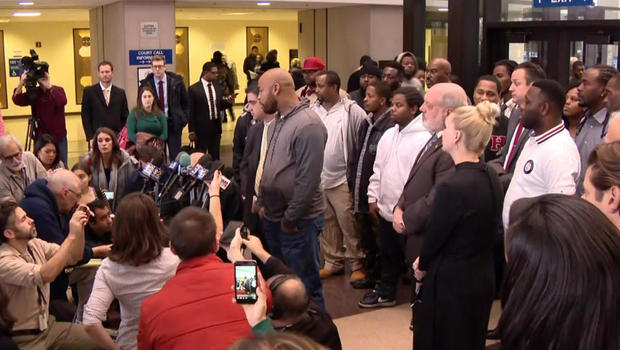 Aetna ordered to pay $25M after denying coverage to woman who...