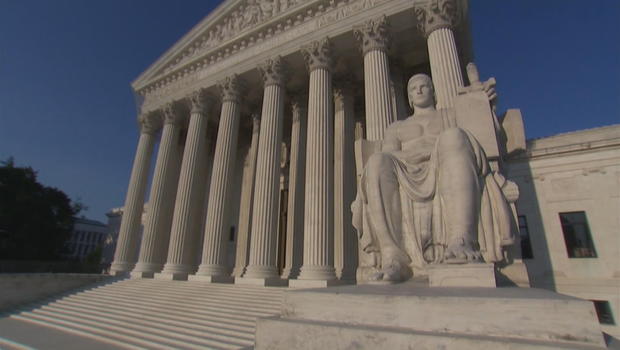 Christine Blasey Ford has agreed to testify this coming week about her allegation of assault by Supreme Court nominee Brett Kavanaugh. Word came yesterday – after a standoff between her and the Senate Judiciary Committee. Martha Teichner takes us behind the headlines:

For the Senate Judiciary Committee Chairman, Republican Chuck Grassley, this past week has been all about optics – how to stage manage the Brett Kavanaugh confirmation vote, fast, before November's midterm elections.

But at the same time, to look like the embodiment of sensitivity toward Christine Blasey Ford.

"Where I'm focused right now is doing everything that we can to make Dr. Ford comfortable," Grassley said.

"People are asking, how we could have let your statements slip past us?" Grassley said to Hill in 1991 "How could we have had the committee vote without airing this matter?" Grassley said.

Grassley is one of three senators still on the committee (Sens. Orrin Hatch and Patrick Leahy are the others), who were there for the spectacle of 14 white men confronting law professor Anita Hill over allegations of sexual harassment against then-Supreme Court nominee (now Justice) Clarence Thomas.

Sen. Arlen Specter: "Professor Hill, you said that you took it to mean that Judge Thomas wanted to have sex with you but in fact he never did ask you to have sex, correct?"
Anita Hill: "No, he did not ask me to have sex. He did continually pressure me to go out with him, continually."

Millions of women voters with long memories were offended.

"So, they had no idea how to handle this," said Nina Totenberg, legal affairs correspondent for NPR. "And I have to say, I don't think they took it very seriously."

Totenberg broke the Anita Hill story, and is covering the replay.

"This is an election year, after all," Totenberg said. "Neither the Republicans nor the Democrats want to look insensitive. But it is a very political proceeding. A great deal of what we see on camera will be, and has been, role-playing."

In The New York Times last week, Hill wrote that the Senate Judiciary Committee appears to have "learned little from the Thomas hearing, much less the more recent #MeToo movement."

So, can this week's hearing be fair, to either Blasey Ford or Judge Kavanaugh?

"Confirmation hearings are never fair," Totenberg said. "It's the nature of the beast. It's pretty raw politics."

President Trump railed against those who would "take a man like this and besmirch [him]."

Sen. John Cornyn said, "We don't want this to be a three-ring circus."

"I just want to say to the men in this country just shut up and step up. Do the right thing," said Sen. Mazie Hirono.

Senate Majority Leader Mitch McConnell, speaking on Friday to the Values Voter Summit in Washington, said, "You've just watched the fight; you've watched the tactics. But here's what I want to tell you: In the very near future Judge Kavanaugh will be on the United States Supreme Court."

Jon Meacham, a Pulitzer Prize-winning biographer and author of "The Soul of America," said, "The Supreme Court has always been a political body, but it hasn't always been a weapon in the wars of polarization, and that's what we're seeing.

"A central thing to remember here is that ever since 1962, which was the school prayer decision, the Supreme Court has been at the center of the conservative agenda for power. This was clearly advanced as well by Roe v. Wade, but you didn't have these kind of confirmation battles. You have them now, because every seat is seen as a chess piece in the struggle for power."

Republicans remember the defeat of Reagan nominee Robert Bork, in 1987 – a campaign so ugly that "bork" became a verb, meaning to kill someone politically.

Democrats were apoplectic when Sen. Mitch McConnell refused – for nearly 10 months – even to hold hearings on nominee Merrick Garland, running out the clock on the Obama presidency.

Meacham said, "Ideally the Senate should be an umpire in American life. The Constitutional structure was set up so that they would be the saucer in which the milk cooled. Right now the Senate isn't doing that."

So, where does that leave this week's "he said, she said" … and the vote on Judge Kavanaugh's nomination that will surely follow?

"All these interests with an investment in the outcome are more interested in pressing ahead to rush a vote than they are in finding out the truth," Meacham said. "And I think that that's one of the reasons a moment like this is going to create even more division in a country that a lot of us thought couldn't be much more divided." 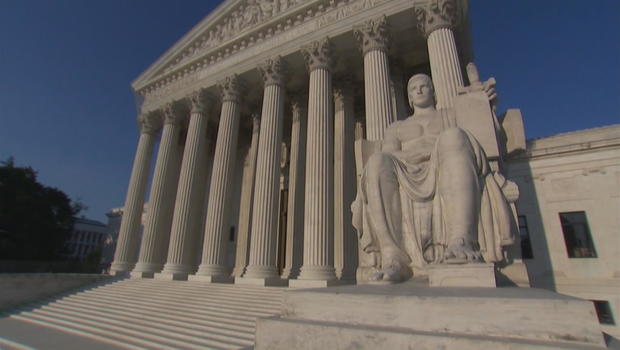 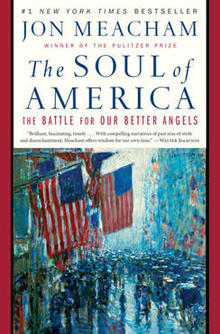