In the race for the House of Representatives, Democrats are bolstered by support from women, younger voters and minorities. Republicans have an edge with men, whites, and those who are older.

Republicans are about as likely as Democrats to say they'll definitely vote in November, and there is no enthusiasm gap in these districts. More than three in four voters in key Congressional districts are paying attention to the campaign, including 43 percent who are paying a great deal of attention to it. But Democrats do describe the election as important: twice as many Democrats (30 percent) as Republicans (16 percent) say a vote in 2018 is more important than a presidential election.

For voters in these districts, the election has been nationalized: more than eight in 10 Democratic and Republican voters say their vote is about helping their party win (or keep) control Congress.

President Trump will be a factor for most voters, with somewhat more expressing opposition to him (39 percent) than support (34 percent).

The president is a motivator for voters on both sides. Seven in 10 Republicans say their vote will be in support of Mr. Trump. And far more say they'd consider voting for a Republican candidate who was in line with Mr. Trump as much as possible (87 percent), than one who was often independent of Mr. Trump (49 percent).

If the Democratic party does win control of Congress, 78 percent of voters in these districts, including majorities of both Democrats and Republicans, say the Democrats' priority would be to investigate the Trump administration and try to impeach the President. Just 22 percent think the Democratic party would prioritize working with Mr. Trump.

Who are the political parties working for?

Mr. Trump may be on the minds of voters as they head to the polls this year, but he won't be on their ballots. Party control of Congress is what's at stake and how different voter groups see the political parties is one of the factors that may determine how they'll vote.

White voters are more likely to say it's the Republican Party that treats people the same, regardless of race. Evangelicals, who are backing Republicans for Congress in strong numbers, see Republicans in Congress and the president as working for people of their faith, and the Democrats as working against them.

Seventy percent of voters in these battleground districts say health care will be a very important issue in their vote, just ahead of Supreme Court appointments (66 percent), immigration (63 percent), and gun policy (60 percent). Crime and trade policy trailed the other issues, with less than half of voters saying they were very important.

Health care is particularly important to Democrats, while Republicans are more focused on immigration. Crime is also far more important as a voting issue for Republicans than Democrats. Similar majorities of Republicans and Democrats say Supreme Court appointments will be very important.

Voters have somewhat more positive views of the recent changes to the tax laws made by the Republicans and Mr. Trump. While many have not seen an impact from these changes, those who have tend to say the changes have helped them personally.

The CBS News 2018 Battleground Tracker is a panel study based on interviews conducted of registered voters in 61 competitive and likely competitive congressional districts in the United States. The poll was conducted by YouGov, an online polling company. This poll was fielded between September 17-21, 2018 with 4557 respondents. The respondents were selected from YouGov's online panels to be representative of registered voters in these districts in terms of age, race, gender, and education. The sample was weighted according to gender, age, race, and education, based on the American Community Survey, conducted by the U.S. Bureau of the Census, as well as 2016 Presidential vote, and post-stratified on district type. 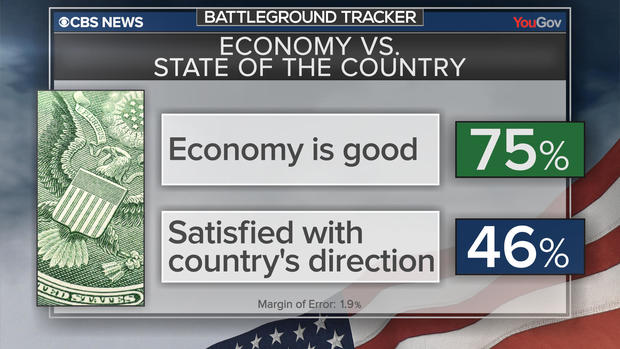 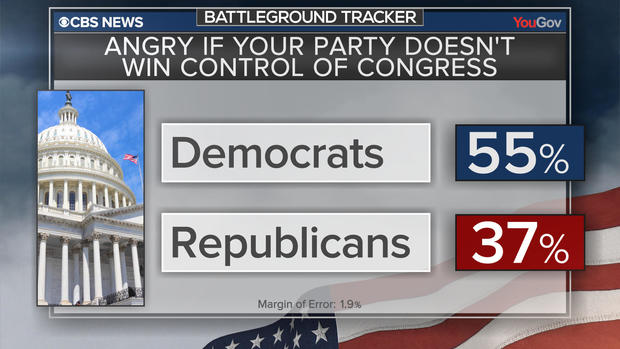 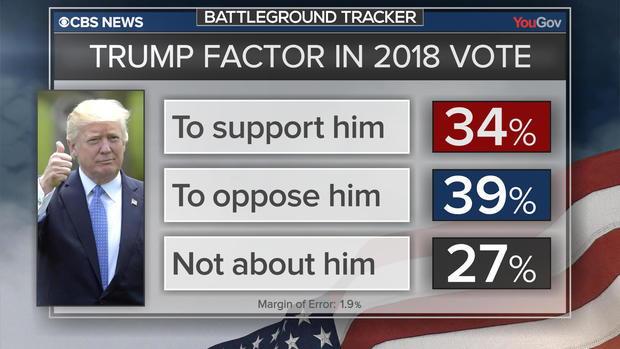 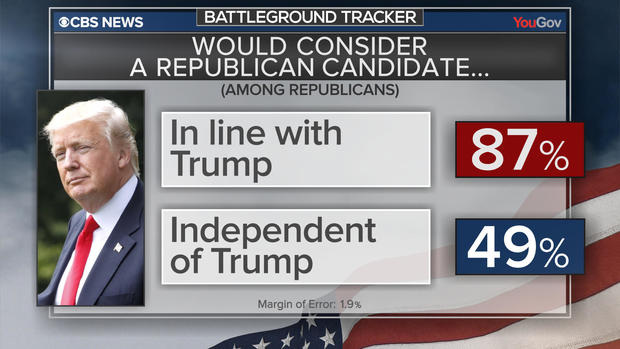 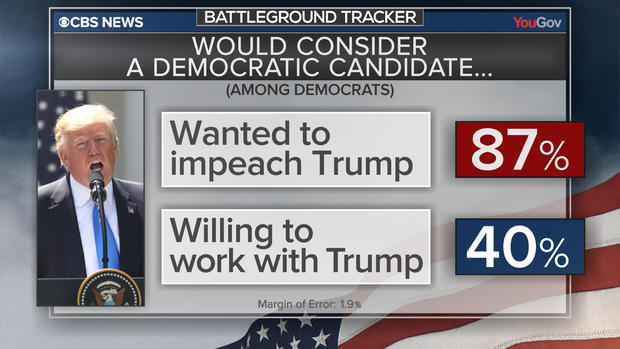 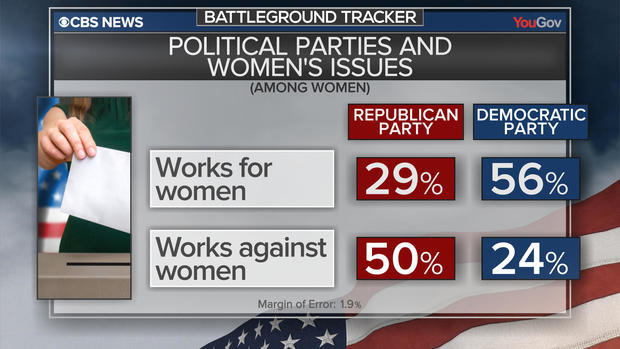 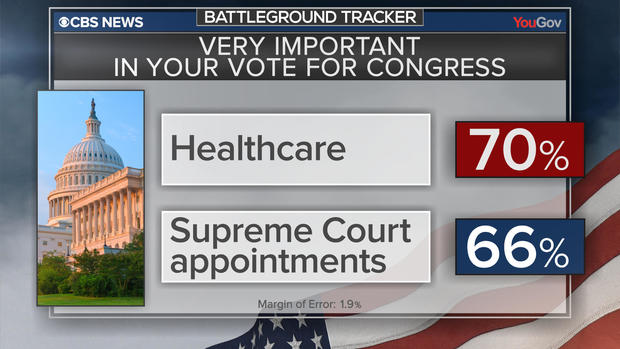 U.S. proceeds with sale of oil leases near sacred sites