Nearly six in 10 Americans say a vote on Brett Kavanaugh's nomination to the Supreme Court should wait until after more investigations and hearings are done.

But most Republicans – 77 percent – would like to see a vote on Kavanaugh happen in the next few days.

Two-thirds of Americans are following at least somewhat closely the news of Christine Blasey Ford's allegations that Kavanaugh sexually assaulted her when both were in high school. Three in 10 are paying very close attention.

Overall, Americans are divided on whether the Senate should vote to confirm Kavanaugh to the Supreme Court, with nearly four in 10 who believe it's too early to say. While opinion is split, most past nominees were less known to the American public and fewer opposed their nominations.

Most Republicans support Kavanaugh's nomination, and most Democrats do not. Independents are split in their opinions and are more likely than partisans to take a wait and see approach.

Those who are against the Senate confirming Kavanaugh expect him to be too conservative, while those who support his nomination believe his ideology is about right.

Americans generally give politicians in Washington largely negative ratings on their handling of the sexual assault allegations against Kavanaugh. More Americans disapprove than approve of how Senate Democrats, Senate Republicans, and President Trump are handling the situation.

On balance, women rate those involved negatively in their handling of the allegations, especially Republican Senators and the President. 64 percent of women would like to see a vote on Kavanaugh delayed and more than half say the FBI should investigate the matter. But partisanship trumps gender here. Republican women support Kavanaugh's nomination, want a vote on him soon and don't think the FBI should investigate.

At this point, four in 10 Americans say what they've seen so far from this Supreme Court nomination has not changed how they plan to vote in November. Among those who say it has, they divided between being more likely to vote Democrat or Republican.

This CBS Battleground Tracker was conducted by YouGov using a nationally representative sample of 2,262 U.S. adults between September 20-21, 2018. The margin of error (a 95 percent confidence interval) based upon the entire sample is approximately 2.5 percent. 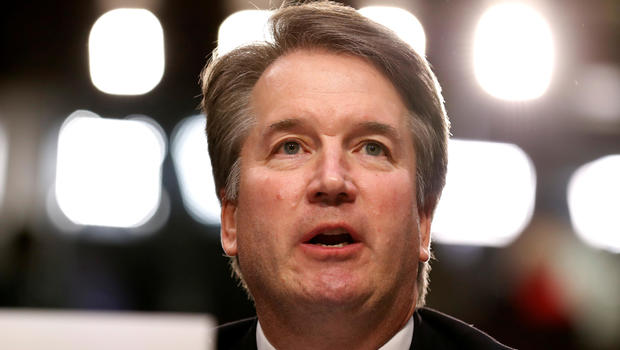 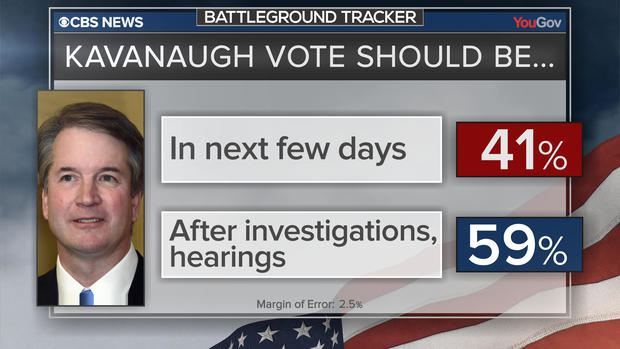 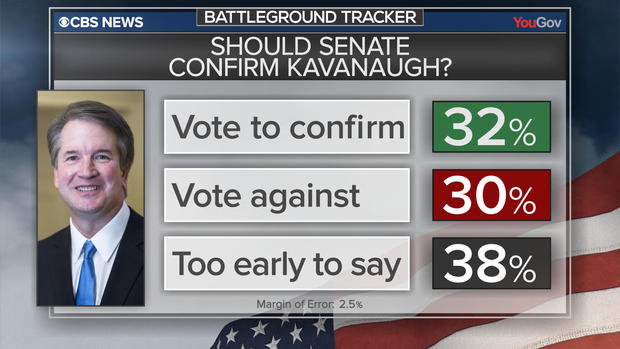 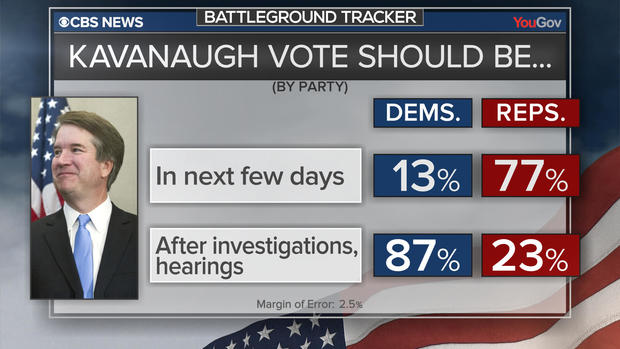 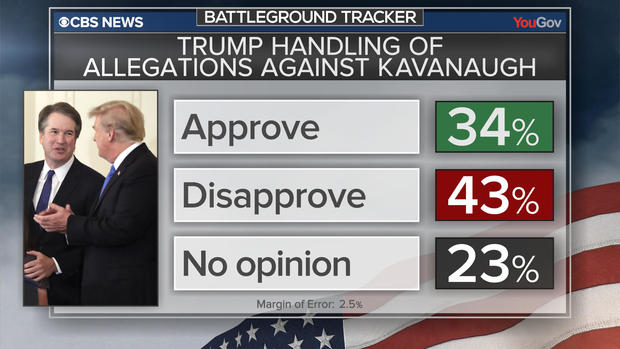 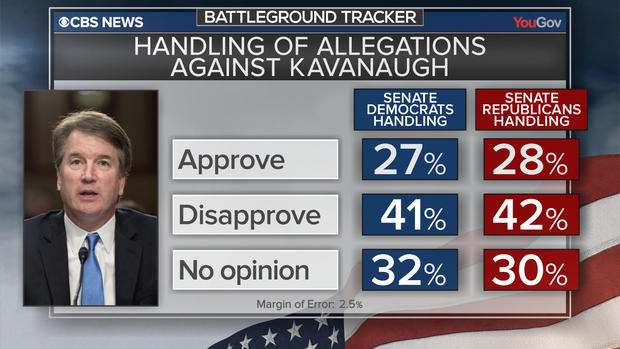 Trump campaign spokeswoman: Not too early to take on Democrats