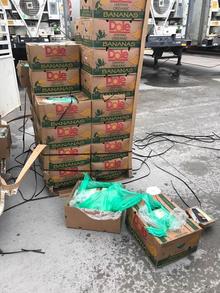 The Texas Department of Criminal Justice (TDCJ) found something unexpected in 2 pallets comprised of 45 boxes of bananas that were donated at the Ports of America in Freeport: Nearly $18 million worth of cocaine.

The bananas had been donated to the TDCJ because they were too ripe, the TDCJ said in a Facebook post. Two sergents from the Scott Unit were loading up the bananas when they noticed one of the boxes felt different.

Under the bananas, they found a bundle of a white powdery substance, which U.S. Customs agents confirmed was cocaine. 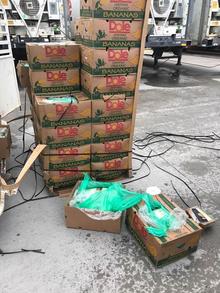 Ghislaine Maxwell to be sentenced for role in Jeffrey Epstein's sex...

Trump lunged at head of security, demanded to go to Capitol...