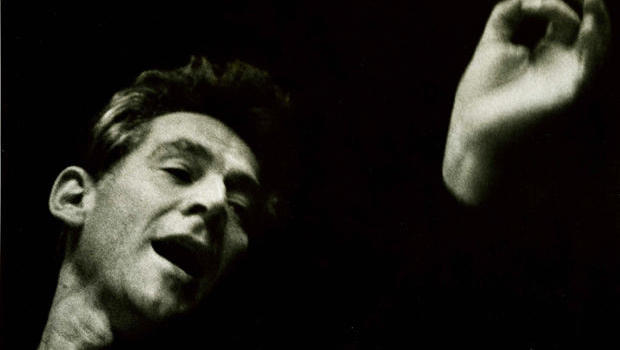 He remains one of music's indisputable legends, and this year marks the centennial of Leonard Bernstein's birth. Among the celebrants is our Mo Rocca:

It's hard to believe that Leonard Bernstein was just one person.

In the concert hall, he was the classical music world's first American-born superstar conductor. Down on Broadway, he wrote the music for legendary shows, including 'West Side Story." And on television he played Pied Piper for millions of future music lovers.

But he was even bigger than the world of music. Bernstein seemed to know everyone, and be everywhere.

Rocca asked Bernstein's daughter, Jamie, "I want to try a little Bernstein math: Who plus who plus who equals Leonard Bernstein?"

"I'm gonna go with Lin-Manuel Miranda plus Gustavo Dudamel plus Beyoncé," he laughed.

"My dad would've loved that! But he probably would've liked it if you'd put in Elvis and Michael Jackson!"

Jamie Bernstein, the first-born of Bernstein's three children, took Rocca through the Grammy Museum exhibit now touring the country in honor of her father's 100th birthday – part of a worldwide celebration of his life and work.

The exhibit includes the piano his Aunt Clara gave the family when Lenny Bernstein was just a boy living in Brookline, Massachusetts. "The story my father used to tell is that he wandered over to Aunt Clara's piano and touched the keys and (sings) 'Ahhhhhhh' – you know, the shaft of light came down from the heavens," said Jamie. "And he just knew in that instant that he had to be a musician."

Even in the midst of World War II, Bernstein's debut conducting the New York Philharmonic, at age 25, made front-page news. "He was a kid," Jamie said.

Clarinetist Stanley Drucker, who played with Bernstein for 40 years, said, "The passion that he brought to his musicmaking was contagious."

"Going around the world with the Philharmonic with Bernstein as the conductor meant you were treated differently?" Rocca asked.

"Oh yes, there was a big stir everywhere we went," said Drucker. "He was big news."

Bernstein was named musical director of the Philharmonic in 1957, a time of astonishing productivity for him. In September of that year, "West Side Story" opened on Broadway. The movie soundtrack would top Billboard for a record 54 weeks.

To watch the opening scene of "West Side Story" click on the video player below:

Then, in 1958, Bernstein's "Young People's Concerts" premiered on CBS.


When did he sleep? "He did not sleep!" said Jamie Bernstein. "He really didn't, much. He was a terrible insomniac.And the only upside of that is that he got a lot done."

The "Young People's Concerts" starred Lenny the educator. Here was a man on a mission to open the ears and hearts of kids to music, from Bach to Beethoven to The Beatles.

If it seemed like Bernstein was trying to do it all, that's because he was, as he told Edward R. Murrow in 1955:

Leonard Bernstein: "Whether it be writing it or playing it or conducting it or studying it or teaching it, as long as it's music, I like it, and I do it."
Murrow: "Felicia, do you have any trouble keeping up with Lenny's activities?"
Felicia Montealegre: "Well, it gets to be hard, Ed!"

Montealegre, a Chilean-born actress, was married to Bernstein for 27 years. "My mother was such an amazing woman," said Jamie. "She was so devoted to my dad. And, you know, their relationship was complicated. It was not a simple business. She knew that he was bisexual. And they went into their marriage with eyes wide open. They knew it was going to be a challenge."

"She knew that going in?" Rocca asked.

"She knew it going in, and they did it for a really long time. It got a little complicated there in the last years before my mother died."

The couple separated for a year, during which time Bernstein pursued a relationship with a man.

"Eventually he just came back," said Jamie. "I think it was hard for him to live as an openly gay man. It was only the '70s, and it was still kind of hard to do that. And the truth of the matter was, I think he really missed his family."

After his wife's death, an anguished Bernstein began having serious doubts about his accomplishments, as he told Mike Wallace on "60 Minutes" in 1980:

"Since writing music is – this may sound strange to you – the most important thing I can do … the main dissatisfaction is that I have written so little music," he said. "I mean, when you add it up, it's not a very long list."

Rocca asked, "Do you think he ever worried that by crossing so many lines there was the danger of, not being a dilettante, but of maybe not being as great in one thing as he could be?"

"He did worry about spending not enough time with each thing that he wanted to do," Jamie said. "He never felt he had enough time to compose. But that's because he spent so much time conducting. It felt so good to conduct orchestras all over the world and have these audiences just come apart at the seams with excitement and adulation."

In 1989 Bernstein, a man who'd spent decades breaking down barriers in music, went to Berlin to celebrate when its wall came crashing down.

Stanley Drucker played in what came to be known as "The Ode to Freedom": "It was the most moving concert I've ever been in," he said. "I don't know how he got through that performance. The emotion and stretching out that those melodies to that extent, like he wanted it never to end."

In less than a year, Leonard Bernstein would be dead, at 72.

When asked if she thinks there could be a Leonard Bernstein today, Jamie Bernstein replied, "I don't know. It's a different world. There was something about my dad that just connected with everybody. It's just a thing you can have. It's mysterious. He just had that thing." 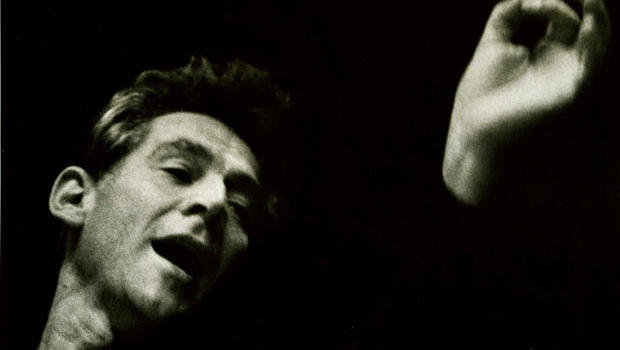 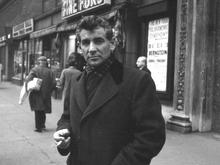 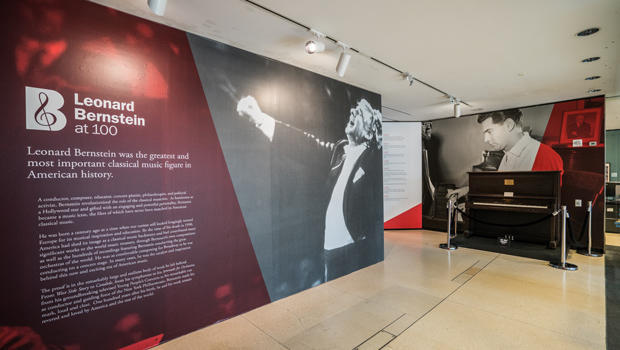