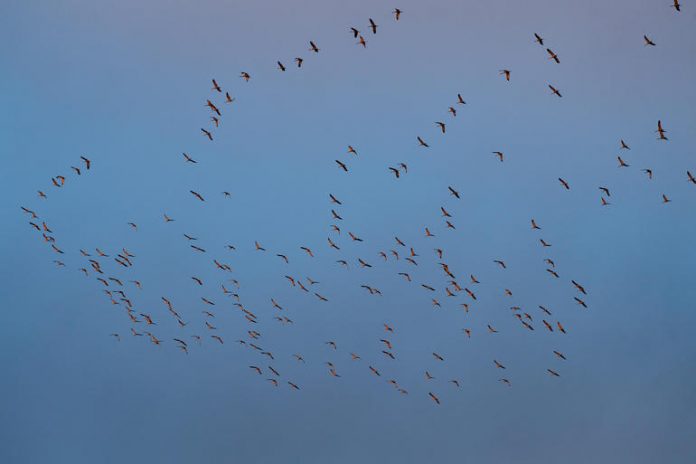 Jane and Tom take in wildlife and whiskey

World-renowned primatologist Jane Goodall was reading an airline magazine when she came across an article on sandhill cranes. Each spring, half a million of the birds rest on a stretch of the Platte River in Nebraska, a stopover on their annual journey north. It's one of the last great animal migrations on Earth, and it's been happening for generations: Fossils show cranes have been in the region for nearly 10 million years. After reading about this ritual, Goodall thought to herself, "I really want to see this amazing spectacle."

A few years later, she met critically acclaimed wildlife photographer Thomas D. Mangelsen. As he showed her around Yellowstone National Park, Goodall mentioned how fascinated she was by the migration of sandhill cranes. She'd come to the right place. Not Yellowstone, but Mangelsen, a man who had grown up on the bank of the Platte River and says he's only missed the annual migration once in the past five decades. "My father built a cabin on the Platte River," Goodall recalls him saying. "Why don't you come and see the cranes for yourself?"

That was nearly two decades ago. And like the sandhill cranes themselves, Goodall has returned to the Platte every spring. "The reason I keep coming back is because … it's the evening I love best, and there's no two evenings that are the same," Goodall says. "My favorite place to be is on the Platte River, looking towards the sunset where the cranes come in."

One evening this past March, Goodall and Mangelsen invited 60 Minutes to join them as they watched the cranes at sunset. With whiskey in hand and a golden retriever named Junior at their feet, the pair mused about what the cranes were communicating in their signature call.

"Do you think their calls are to keep in contact?" Goodall wondered aloud. "Are they keeping in touch with their family members? Are they gossiping about what happened in their day? Are they arguing about where to spend the night?"

Overhead, the cranes flew in an indistinct shape, morphing into a squiggly V that stretched across the cloudy sky. The birds' call, a kind of rattling, squeaky bugle, was interrupted by the clicking from Mangelsen's camera.

The video above was originally published on May 6, 2018 and edited by Sarah Shafer Prediger. 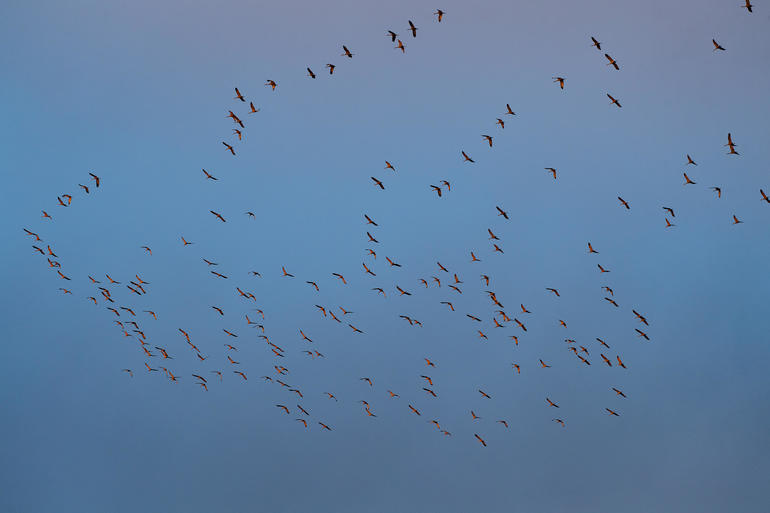 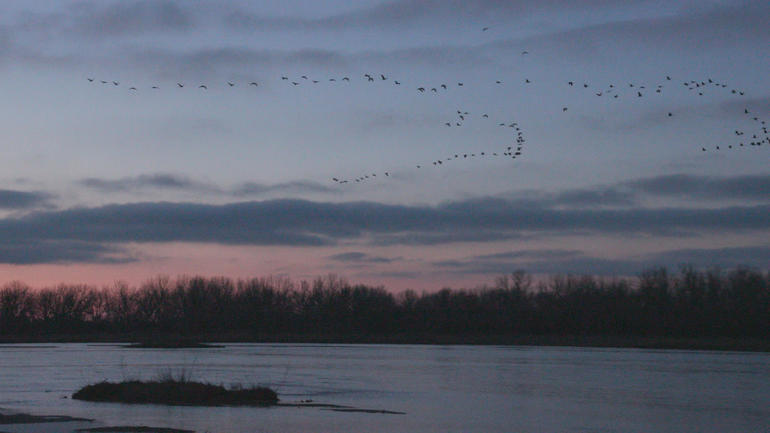 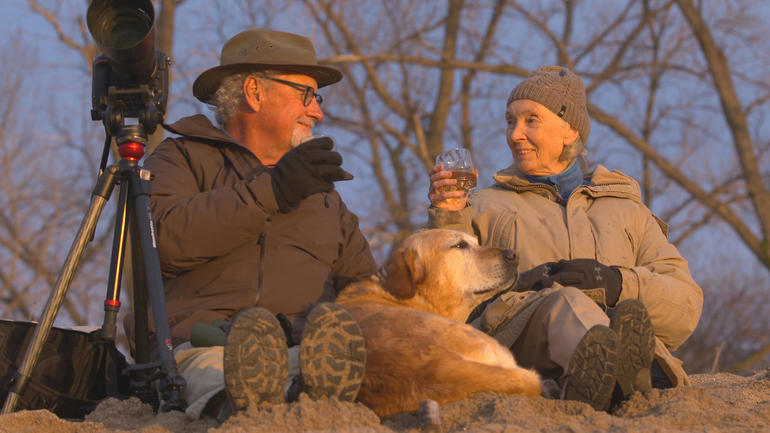