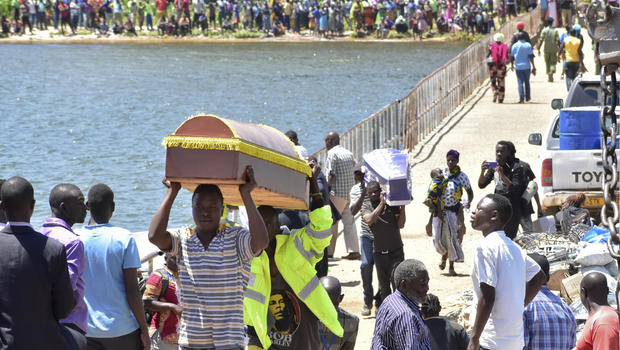 UKARA ISLAND, Tanzania — Relatives wept in grief on Sunday at the mass burial in Tanzania of many of the 224 people who drowned when a ferry in capsized on Lake Victoria. Colorfully painted coffins were lined up to go into graves on Ukara Island. Grieving family members places wreaths of flowers on the coffins.

The overloaded boat tipped over Thursday as it got to about 55 yards from the island's dock. People carrying their goods from a busy market day prepared to disembark, unbalancing the ferry which turned over. Horrified fishermen and others watched from the shore.

One survivor said he is still searching for his daughter.

"My child might have been found, but I have not seen her," said Magesa Chibuga, in Swahili. "I am therefore waiting for this ferry to be lifted from the water so that I can see whether she is there or not. But I am feeling very bad. I thank God I have found my wife, but the child is still missing. So God has every plan."

Chibuga described how he survived when the boat capsized.

"I heard people shouting, 'Accident, accident!' I was seated with my bag. I put it on my chest, removed my phone and put it in my bag, and then jumped. After I jumped, I found a lifesaver, grabbed it and that's how I escaped."

Identifications have been made for 172 people who died in the boat tragedy, Tanzania's Minister of Works, Transport and Communication Isack Kamwelwe said. The bodies of 37 others have not yet been identified, he told the broadcaster. At least 40 people were rescued, officials said.

One of the survivors, only identified as Janet, said she was sitting with others before the boat capsized. "I remember I was sitting on top of some bags of maize with my sister and other passengers, the next thing I knew I was in the water," she told BBC News.

"Our country has been hit by a big tragedy. We lost brothers, relatives and friends. Our call is for us to be united during this hard time and understand that our countrymen have been left by beloved parents, brothers, sisters, children and friends in this big tragedy," he said. "So we need to console them instead of feeding them with bad words. Let's leave the government and relevant authorities to do their work."

Adla Bakari said she lost her son and neighbors.

"We are coming for the burial," said Bakari. "This ferry has killed our people. If we tell them not to overload the ferry, they don't listen to us, just like last Thursday. We urge the government to take care of us. Otherwise we will be finished like that."

On Saturday rescuers found a survivor two days after the tragedy. The man was identified as an engineer of the ferry who had locked himself in the engine room. Video footage showed the man, barefoot and head lolling, being carried quickly along a busy street by medical workers and military personnel as a siren wailed. His condition was not immediately known.

No further survivors were likely to be found and search efforts had ended, Defense Minister Venance Mabeyo told reporters at the scene. He said officials would continue working to identify the dead. However, the total number of deaths may never be known as no one is sure how many people were on the overcrowded ferry, which officials said had a capacity of 101.

President John Magufuli has ordered the arrests of those responsible. He said the ferry captain already had been detained after leaving the steering to someone who wasn't properly trained, The Citizen newspaper reported.

"This is a great disaster for our nation," Magufuli told the nation in a televised address, announcing four days of national mourning. 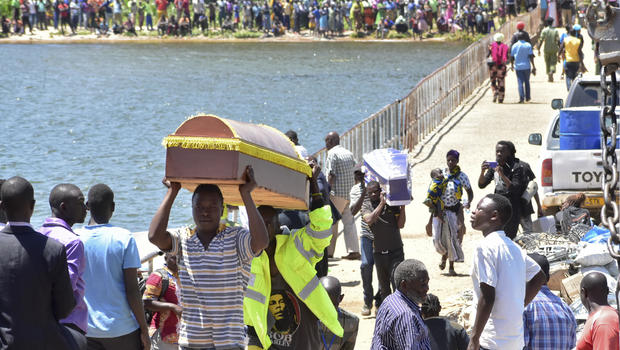 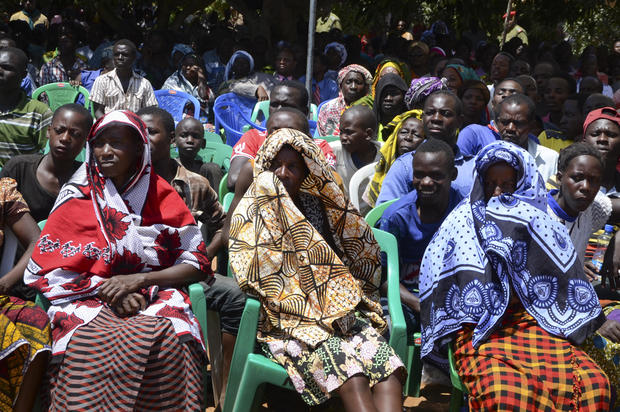