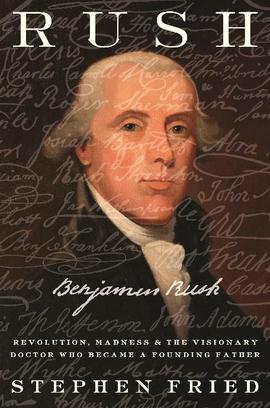 By Michelle Miller, Vidya Singh CBS News September 22, 2018, 10:10 AM "Why isn't this guy more famous?": The Founding Father you may have never heard of

Dr. Benjamin Rush is the Founding Father that people have not found yet. Author Stephen Fried thinks it's high time America did.

"He had very quietly helped write the proclamation and set off the Boston Tea Party," said Fried. "He had written one of the first major abolition writings and … he was signing the Declaration of Independence at the age of 30."

Fried spent five years writing his biography, "Rush: Revolution, Madness, and Benjamin Rush, the Visionary Doctor Who Became a Founding Father." Fried drew on a trove of previously unpublished letters and images, as well as Rush's own autobiography and diaries.

"This is Rush beginning to tell the story of how he met Thomas Paine, who was just a local writer," explained Fried, as he reviewed one of Rush's diaries with Michelle Miller. "They talked about writing about independence which Rush considered to be a very dangerous thing. … He eventually decided that he would encourage Paine to write the pamphlet about independence that he had already started." The pamphlet was called "Common Sense."

Dr. Rush dined at City Tavern in Philadelphia with his more famous co-conspirators: John Adams, Thomas Jefferson and even George Washington. However, the doctor was one of the few signers of the Declaration who rushed to the front lines in the Revolutionary War.

"I think that everything [Rush] did is so far not really well understood. But I think that the key to the American Revolution is that all of these people work together," said Fried. "People forget that when Jefferson was writing the Declaration of Independence, Rush was writing the Declaration of Independence for Pennsylvania and each state was declaring its own independence. So this was a group effort."

After independence was won, Rush refocused his fight against slavery. "He wrote one of the first of the Founding Fathers' writings on slavery against slavery," said Fried.

"He owned a slave for about 10 years after the war," he said. "We have really no idea why. There's been speculation that he bought a slave because some abolitionists bought slaves to free them. I couldn't find enough evidence that's why he did it say that," said Fried. "The abolition movement stopped during the war and it picked up again in the late 1780s. When it did, Rush freed his slave."

For all of his influence, Rush has not found celebrity the way some other Founding Fathers have.

"Absolutely. Rush was a much better more interesting person than Hamilton," said Fried. "I think Rush was a better person. I think if you asked Hamilton he would have said Rush was a better person. Every person who comes to Rush says, 'Why isn't this guy more famous?' And what I found out in looking at not only his writing, but what happened after he died, is that there was a concerted effort to keep what was most interesting about Rush from public," said Fried.

Fried said John Adams and Thomas Jefferson had written Rush some of the most personal letters they ever shared, making Rush the Founding Father who knew too much. Rush also had a contentious relationship with George Washington.

"These combination of things led the family to try to make sure the most interesting things that Rush wrote, that people didn't see them, and honestly some of them weren't seen for over a hundred years," said Fried.

For Stephen Fried, resurrecting the most significant Founding Father we've never heard of is more relevant now than ever.

"There's a reason they use the phrase 'more perfect union.' No one thought it was perfect. And part of what I love about Rush's writings … he's really trying to point out things about America that are going to be hard — racial prejudice, having separate science and religion lives together, having liberty and good government to live together," said Fried. "And so he wrote about these things in a way that I think is still thoughtful today and makes you realize that these issues are hardwired into the American experiment which we are still in." 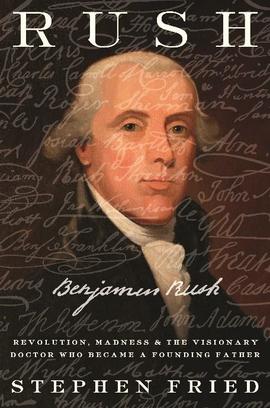 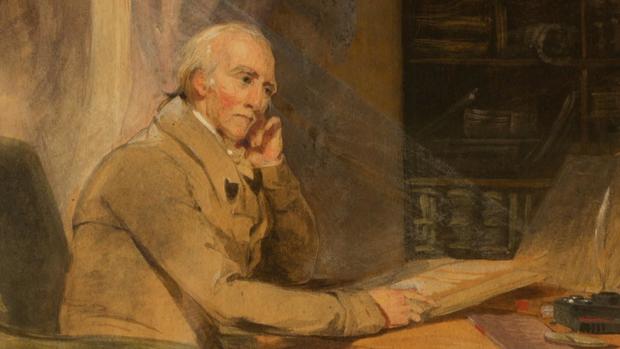